Springfield Armory XDM 10mm – The 10 We Have Been Waiting For

Editors Note: When this article first came out the XDM 10mm was brand new and difficult to find. While still not easy to find, they are out there in both the new and used markets for those that are looking. 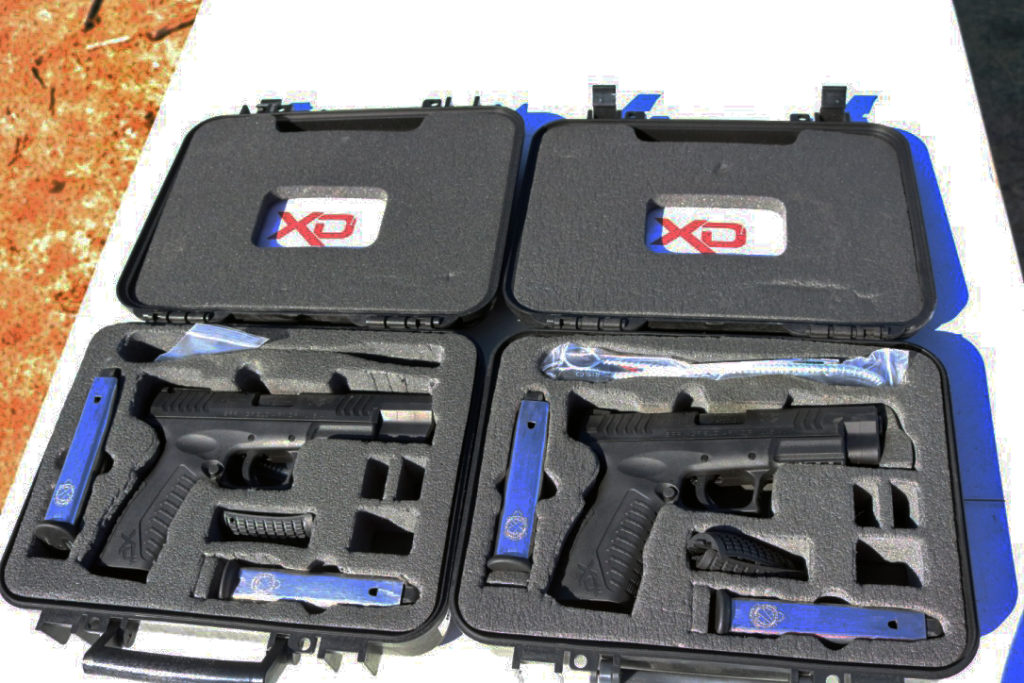 At long last, the perfect auto caliber gets the perfect platform. The XDM 10mm is out today, in both 4.5 and 5.25-inch slide configurations. Take your rucks off, lads. We made it. This is the one we have been waiting our entire lives for.

I’m not shy about the fact I love 10mm. As a cartridge, it alone has the capacity to do everything I need a handgun to do. At least, in theory, it checks every block. Hi capacity? Check. Heavy, fast bullets, capable of handling bears and other wild creatures? Check. Light, incredibly fast bullets, capable of handling both Goblins and the cover they might be behind? Check. Long, flat trajectory, capable of reaching beyond normal handgun ranges? Check. Wide variety of hard cast, hollow point, full metal jacket, solid copper, and other bullet construction? Check. 135 grain, all the way up to 220 grain? Check. The only thing missing has been the gun to shoot it. 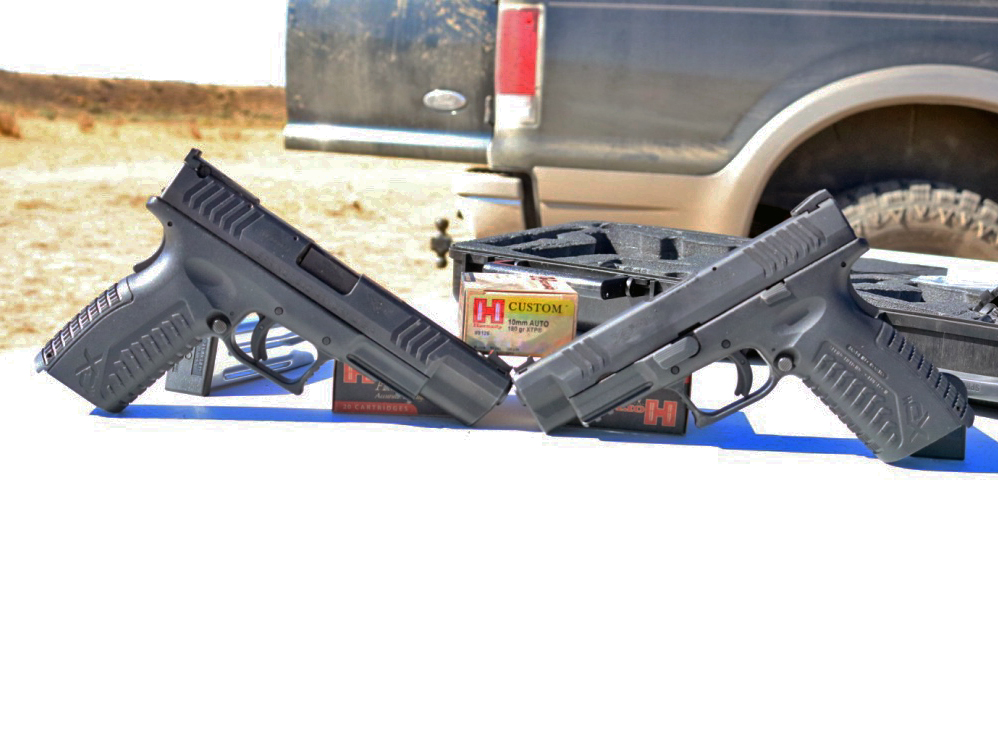 The new XDM’s teamed with Hornady 180 grains, and ready for action

Now options have existed, but none of them are ideal in my opinion. You could have a 1911, including excellent options from Springfield Armory. I’m not a huge fan of the 1911, it just isn’t my favorite. It works, but it isn’t my preference. You could have a 2011, aka a wide body 1911, which solves the capacity issue. But they are hugely expensive and retain all the problems of a 1911, plus some extras from trying to make a 1911 something it isn’t. You could have an oversized DA/SA monster, that has had some serious issue. Or you could have a 4×4 block with a trigger slapped on it.

What we wanted and deserved is a high capacity striker fired gun, sized for the human hand. And today, that dream becomes a reality. The XDM 10mm fits all the requirements, and then some. The XDM 10 is identical in grip size to the XDM 45, which is a vastly underrated weapon.

I am a latecomer to the XDM 45 platform, I just got to try one back in August. I’m going to blame Springfield Armory’s marketing department, for clearly dropping the ball on this gun back in 2010. To this day, you will find comparatively few reviews of the XDM 45 by gun media. I wasn’t even sure they made the caliber, and I had never touched one. I was actually writing another piece about Streak Cold Tracer Ammo, and my samples happened to be in 45 ACP. It was Springfield Armory’s turn for a background gun, so I put an order in and they obliged with a 5.25 XDM 45. 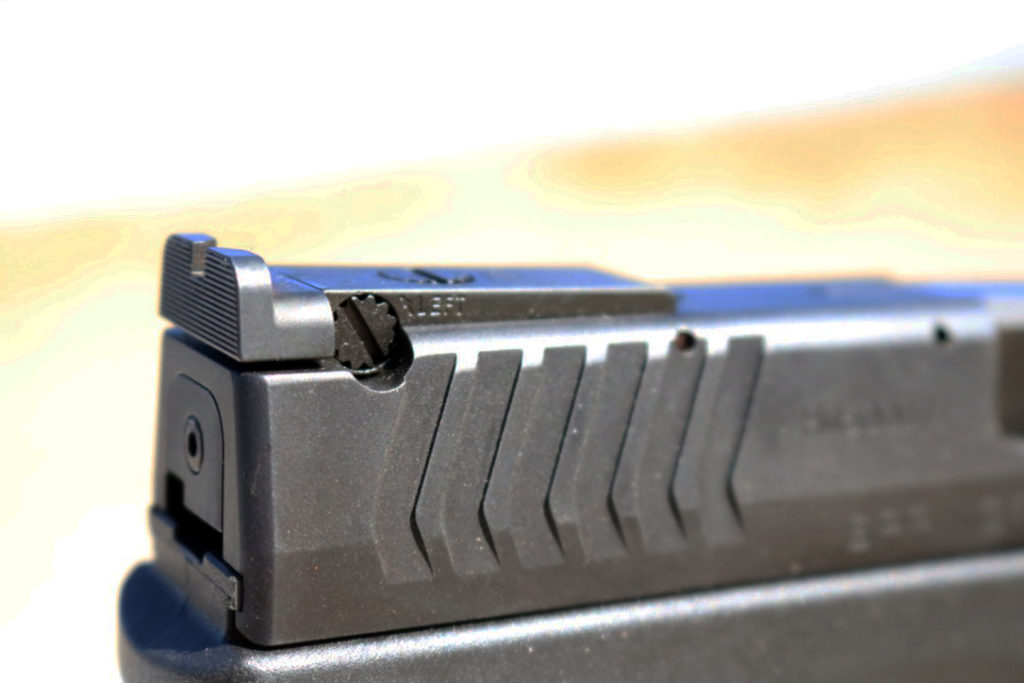 As soon as I pulled it out of the box at the FFL, I was dumbfounded. Most polymer 45’s, for lack of a better term, suck. They are either gigantic, to the point they are uncomfortable to hold unless you also play in the NBA, or the capacity sucks. If I wanted a capacity of 10, I would just carry a 1911. And I had to carry an H&K MK23 as a combat gun one tour. I was less than impressed, and most polymer 45’s share a similar footprint. 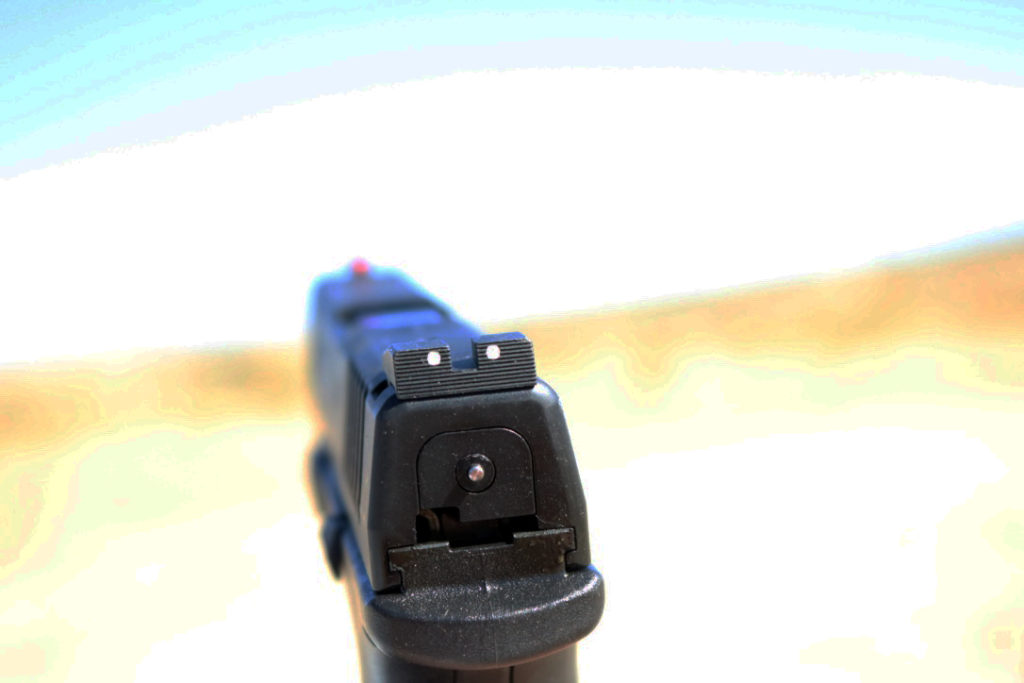 Before I even left the shop, I sent a text to Springfield Armory to ask why they weren’t absolutely dominating the 45 market. If the gun even went BANG, it was going to be a shoe-in for the title of champion. Shrugs all around. My first range trip impressed me even more. The XDM was incredibly accurate, handled as well as it felt, and mitigated recoil like I would expect from a heavier weapon. The XDM 45 was so amazing I wrote an unassigned review of the gun, which Guns America will get around to publishing one day. It is a gun you want to know about. 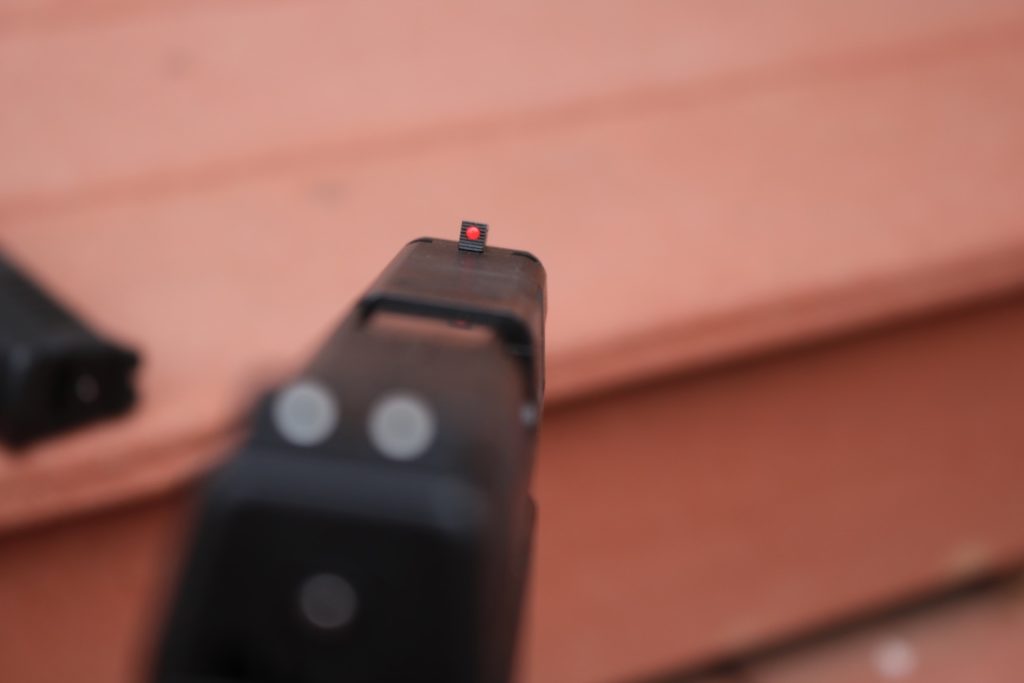 And all of that translates directly to the new XDM 10. The guns are basically identical, with the obvious barrel/ breech face swap for caliber. With a capacity of 15 in a flush fit magazine, the 10mm is ready to party. It tames the recoil of 10mm better than even the 5 inches Springfield 1911, though not quite as much as the 6-inch long slide model. 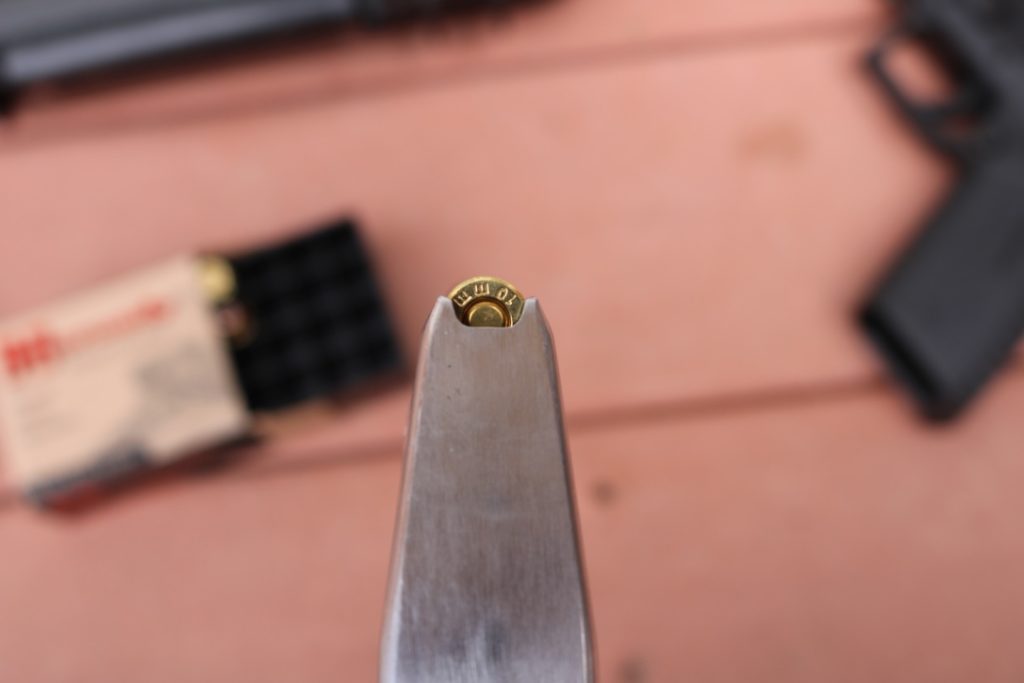 Springfield Armory also took the high road and released both the 4.5 and 5.25-inch models on day one. I like both, but the 4.5 is usually preferred for a general use gun. 5.25 will give you more powder burn and a higher velocity, and it is great that the option exists. Both come with all the goodies we expect from an XDM, like excellent steel sights, adjustable fitted backstraps, and an out of the box great trigger. 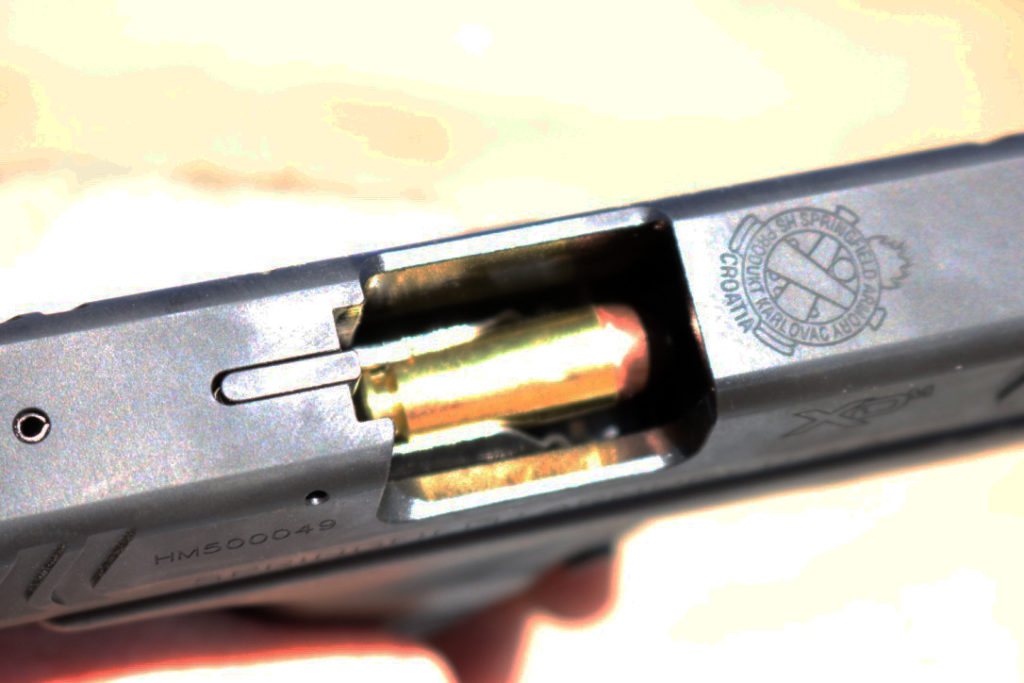 A question we always have to ask of a 10mm, is the gun tough enough to handle it? Well, for once, I can answer that question with authority from day 1. Springfield Armory asked me to do some of the pre-release testing, which I obliged. There is a separate article up today detailing that test, but the end state is it passed with flying colors. Oh, the test was 10,000 rounds fired in 10 hours over two days. Considering that is more 10mm than most of us will shoot in lifetime, I think it is a definitive answer on durability. 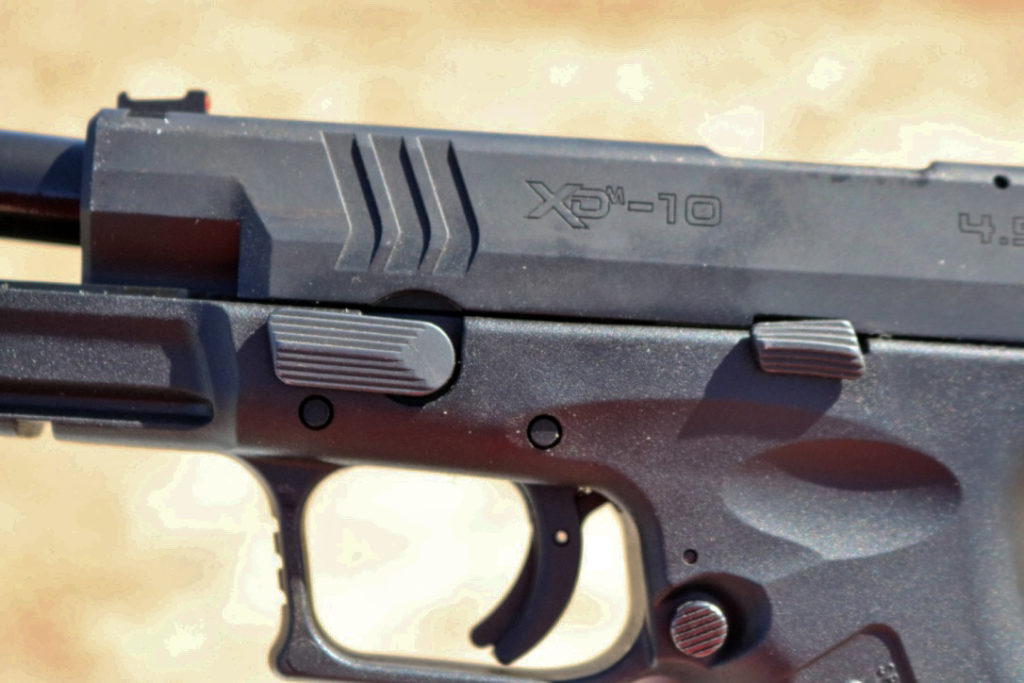 Take down lever and slide release

One thing I didn’t address in that write up in the magazines. It takes a lot of spring tension, spread over an abnormal length, to make a 10mm run. Coupled with the fact that the lynchpin of any firearm is the feeding source, a few words about the magazines are in order. 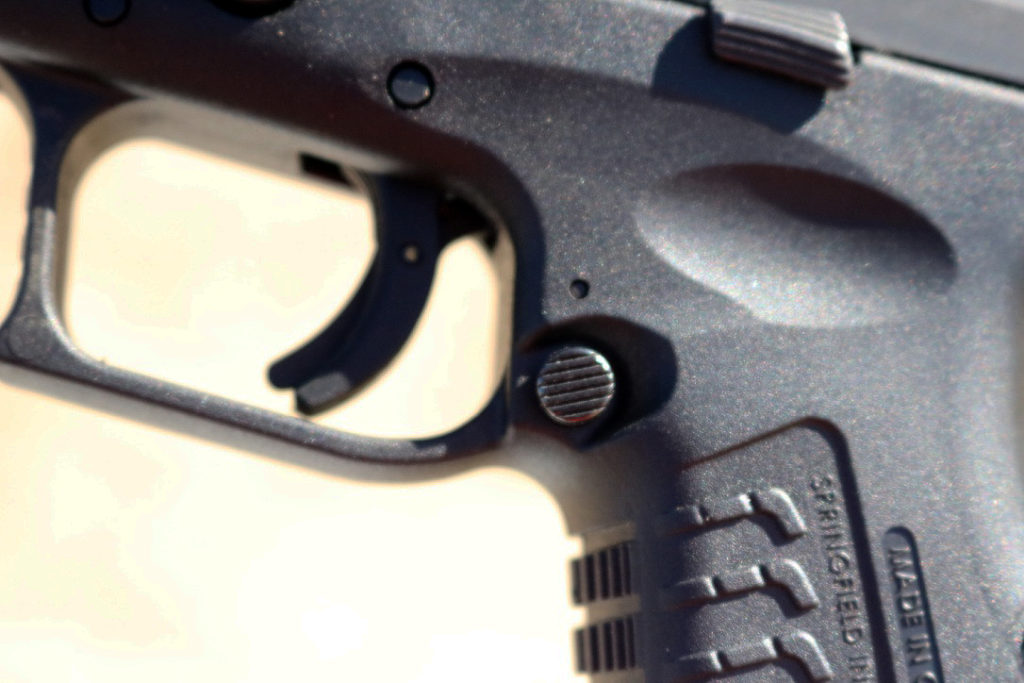 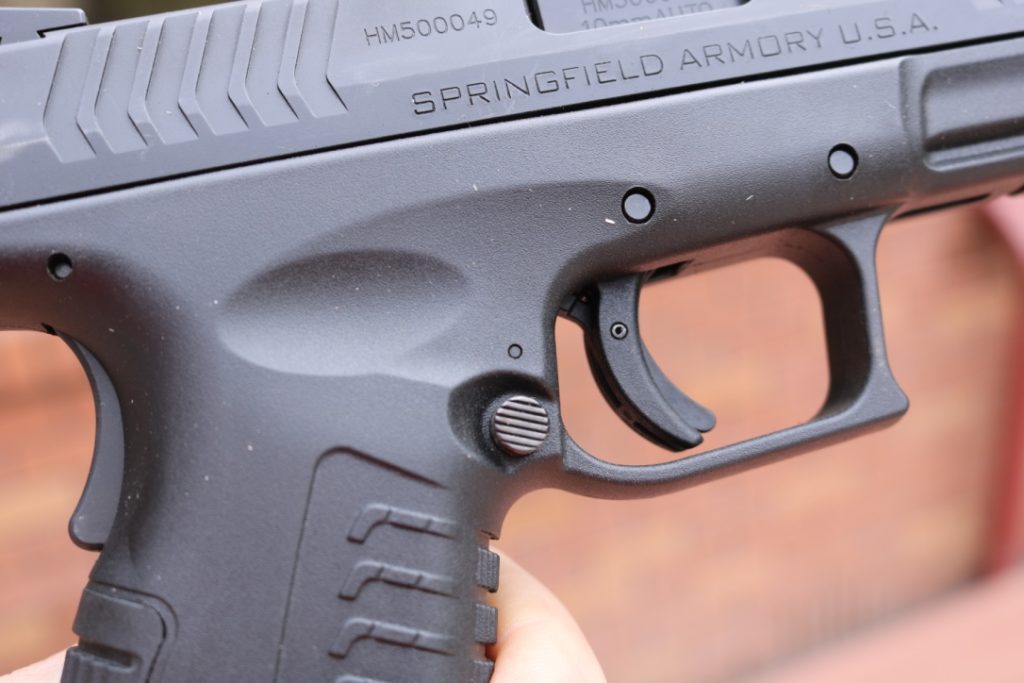 First, that entire 10,000 was run out of 12 magazines. Simple math means then that each mag was loaded 55.5 times in the course of testing. That isn’t a huge sample, but it is probably enough to detect serious problems. Happily, we had not one magazine failure. The test was also done in the open desert, and mags were frequently dropped in the moon dust we call the ground out here. That is a huge testament to both the magazine quality, as well as the firearm quality. They just kept running and running and running. 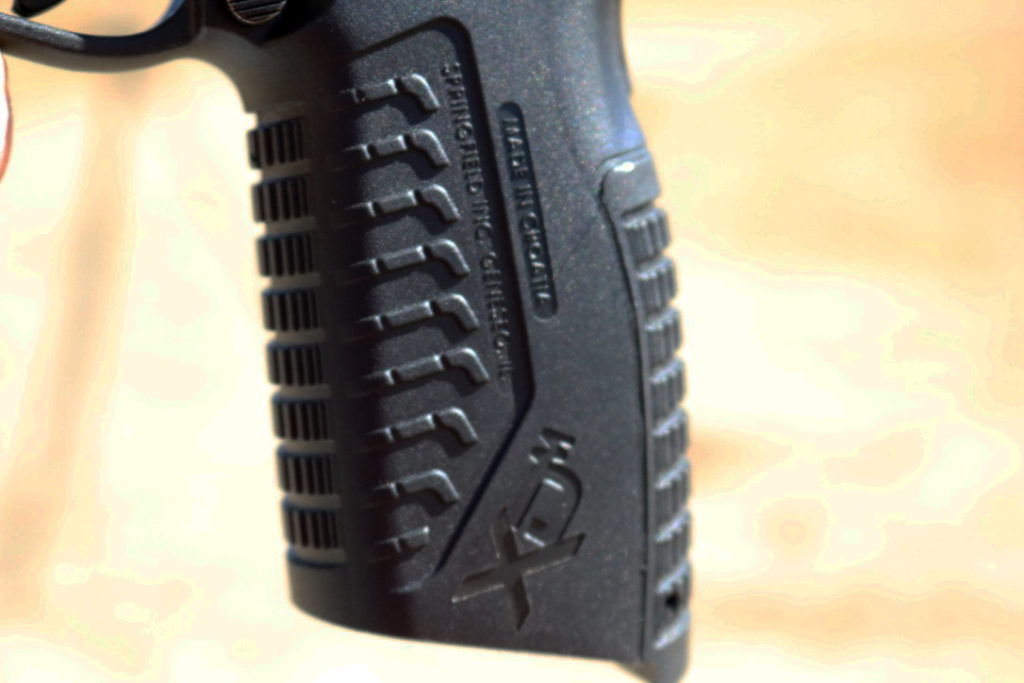 Cramming 15 rounds in a gun this small is no easy feat, and I won’t lie to you about the mag springs. Getting the last two in, takes some thumb pressure. It isn’t impossible, but it is tight. I grew to love the UpLULA, a device I have mocked on many occasions. I have a new found respect.

Despite the tightness of the last rounds, there is enough space for the magazine to seat easily. Even with a full mag going in against a closed slide, you don’t have to slam it. The last bit of give in the magazine is almost enough to force a 16th round, which gives it a perfect amount of flex to seat. The slick, stainless magazine bodies drop free like greased lightning, even after you beat them up for a while. 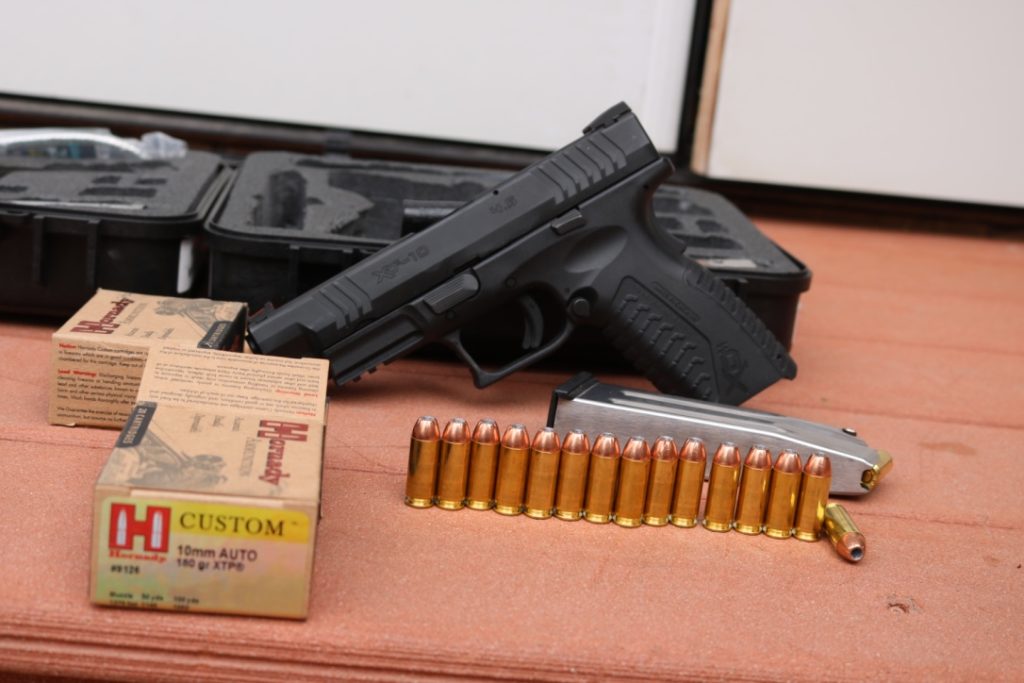 Hornady Custom 180 grain, ready to get the party started 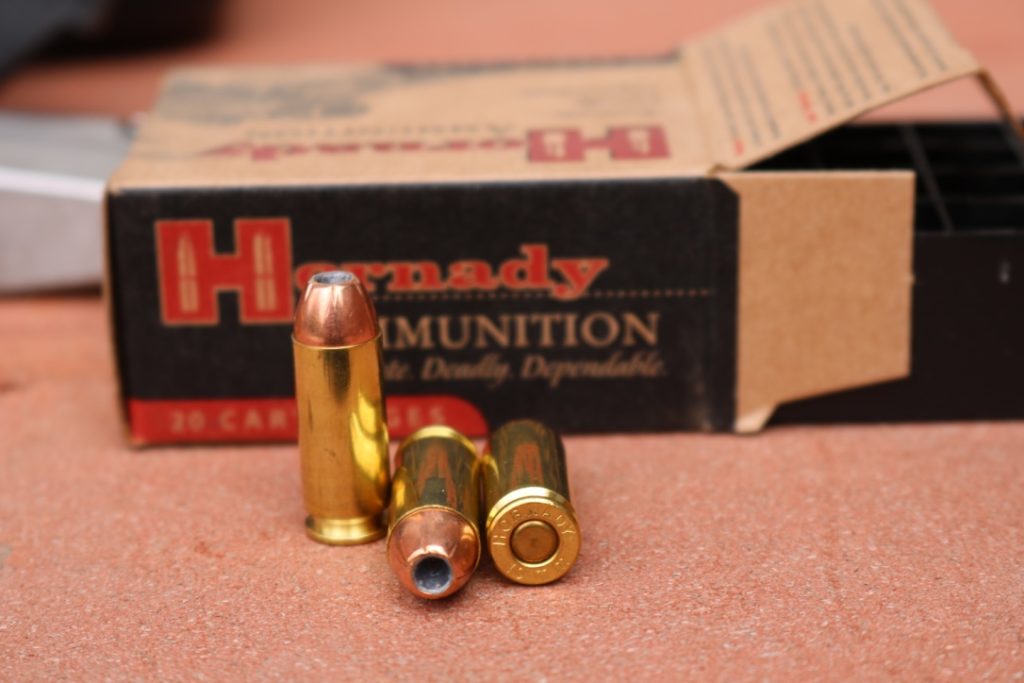 In short, this is my new favorite pistol of all time. It does everything I want it to do, in my caliber of choice. And it fits the hand like an extension of the body. If I could have just one for the rest of my life, it would be the XDM 10 4.5 inch. In a rare move, I highly recommend an opening day purchase. Get yours while the getting is good, these will sell out. If 10mm is your game, this is now the one to beat.

Next post: Taking the Versatile Savage Renegauge For A D.R.I.V.: Full Review