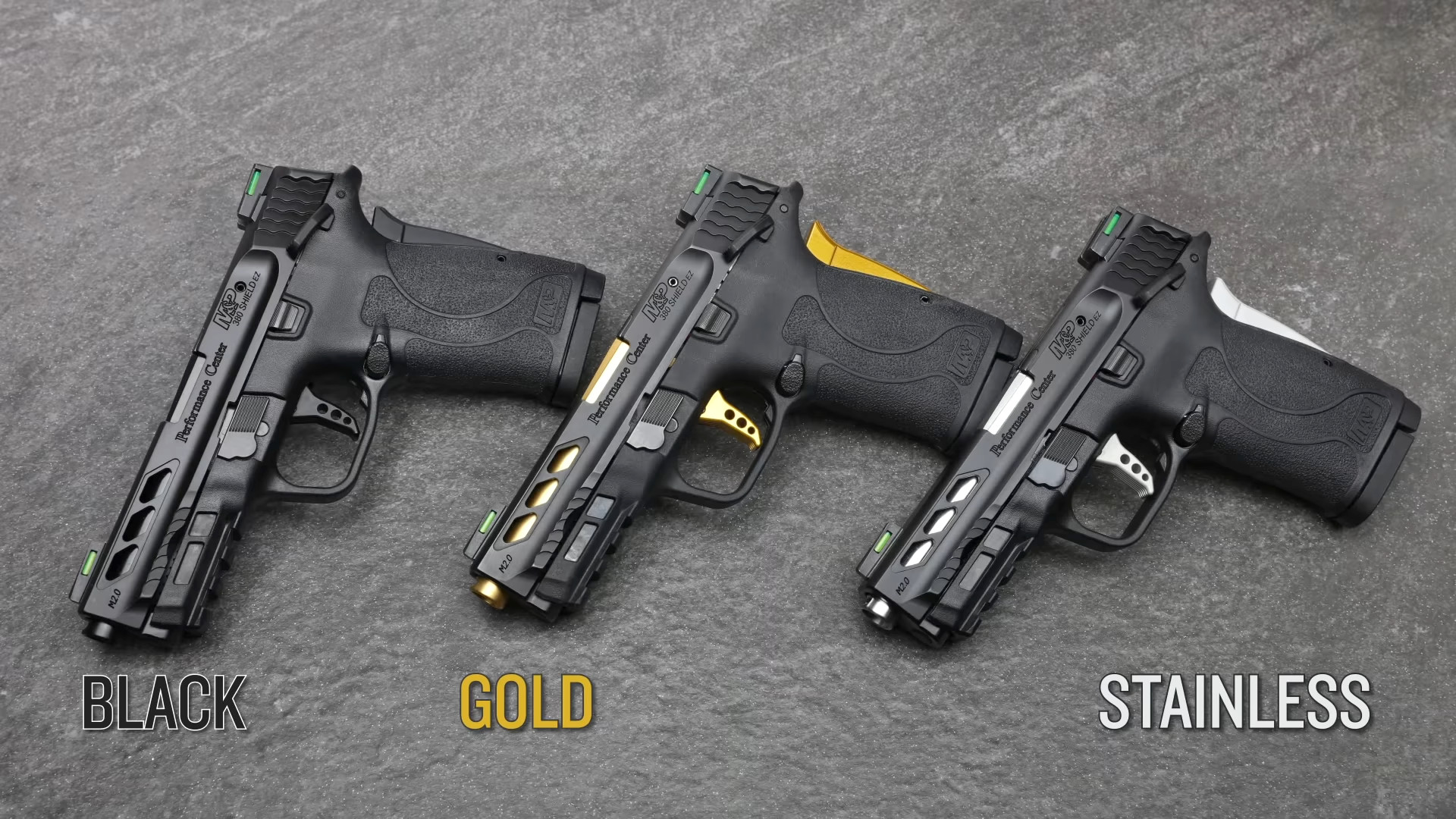 Smith & Wesson is rolling out three new Performance Center pistols, expanding the M&P Shield EZ series. The EZ is a polymer-framed, single-stack chambered for .380 ACP, designed for ease-of-use and optimized for concealed-carry.

The original EZ already has a good trigger but the Performance Center series offers even better controls with a tuned action, using skeletonized, flat-faced triggers. The improved triggers, extended barrel and grip safety all sport the color accents. The new triggers and grip safety are machined from aluminum with an anodized finish. 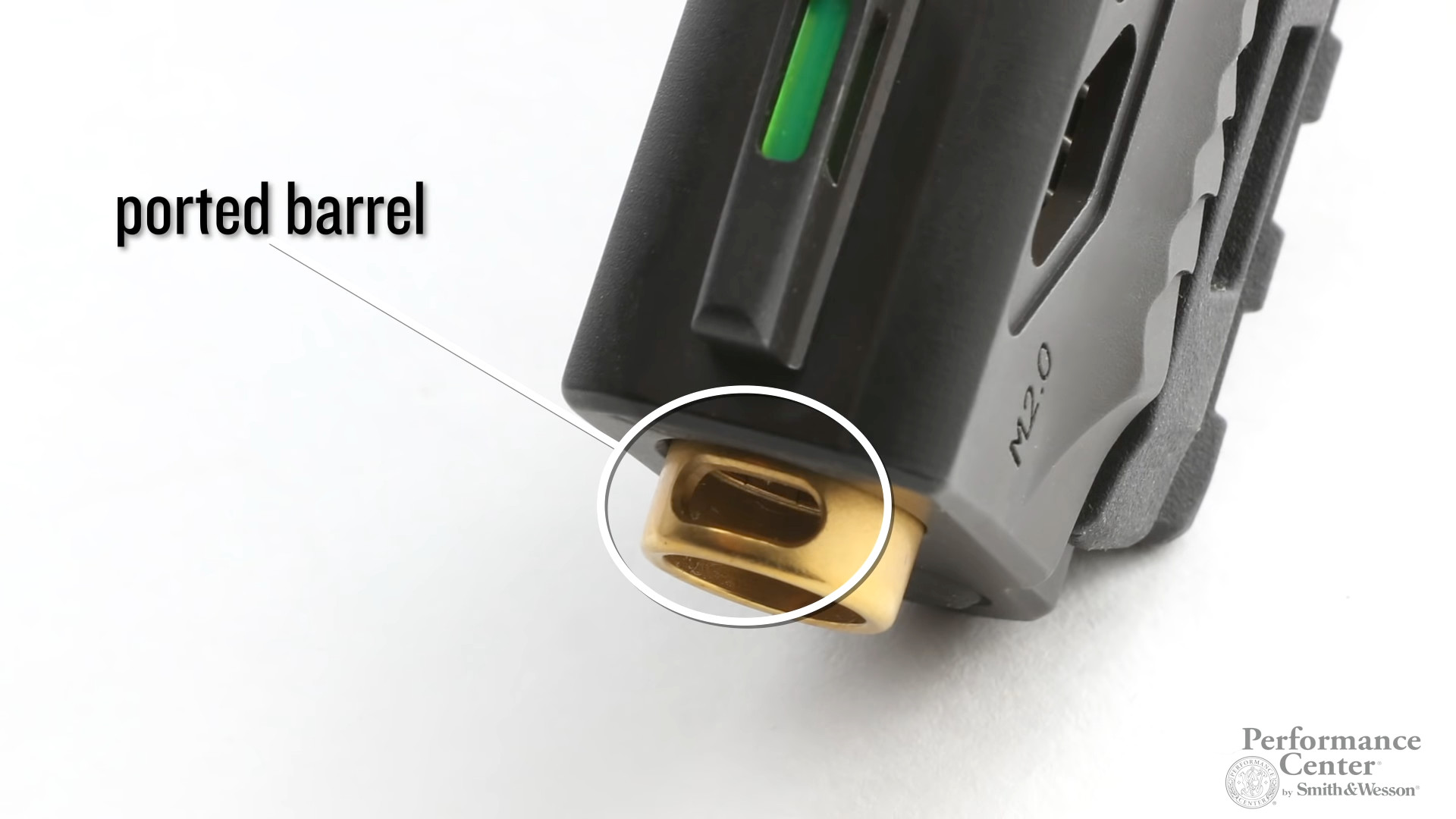 The barrels are slightly extended to 3.8 inches to make way for a single port. (Photo S&W)

Additionally the Performance Center models come standard with HiVis tritium fiber-optic sights for improved visibility in all lighting. The rear sights also provide a ledge for one-handed slide manipulation. Combined with the tabs along the rear slide serrations, EZ pistols are very easy to charge.

The M&P Shield EZ was built for people who may have trouble racking a slide on a more conventional semi-automatic pistol. The EZ gives these shooters another option for every day carry that doesn’t sacrifice capacity and is easy to reload, particularly compared to revolvers.

Like the original model, the Performance Center guns have an 8+1-round capacity and ship with two magazines. The magazines feature tabbed followers that make them even easier to load. 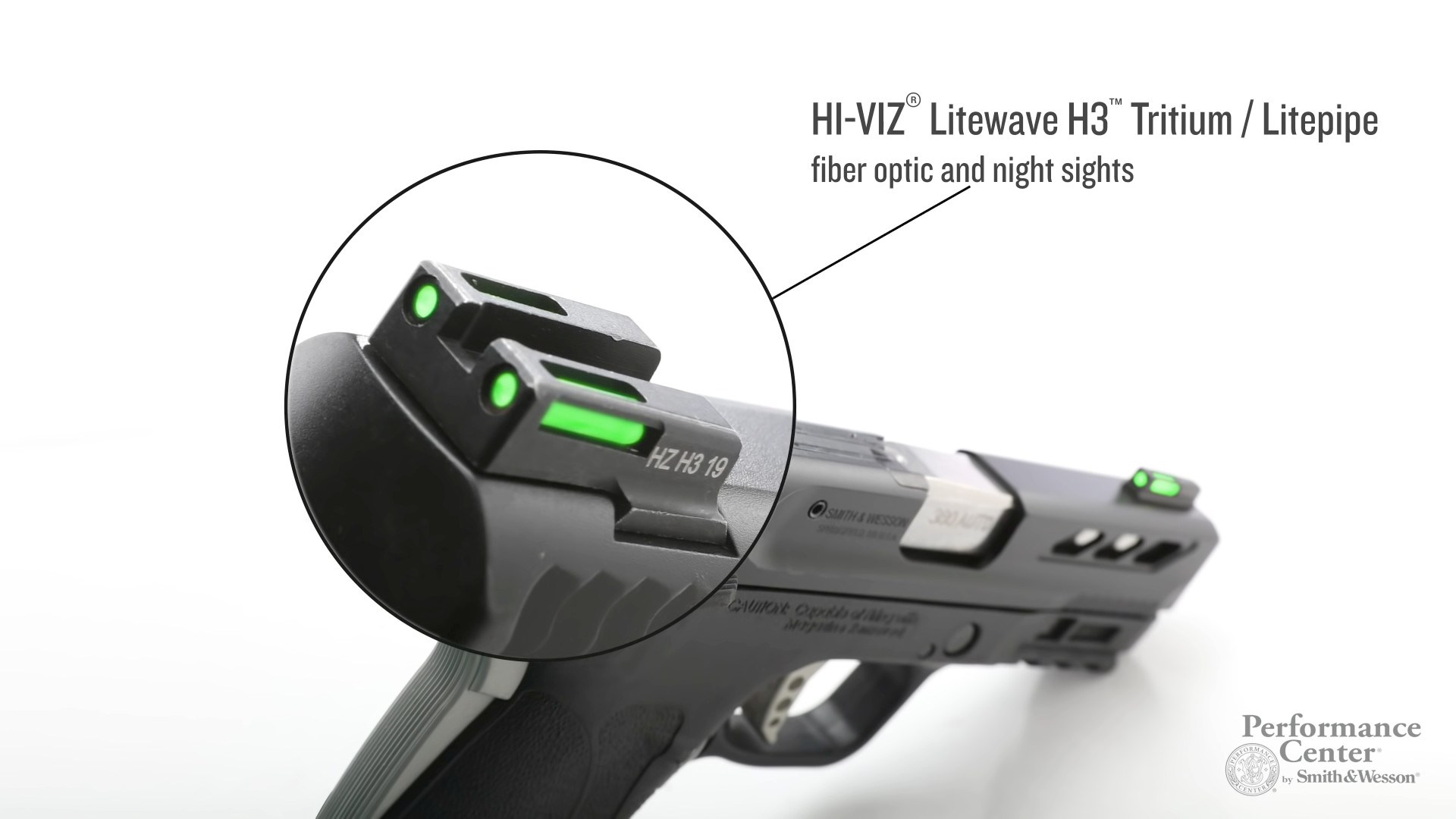 The hybrid fiber optic night sights are easy to pick up in any light. (Photo: S&W)

The magazine releases are reversible for left-handed shooters though they do have fixed left-side slide release levers. The guns have ambidextrous manual thumb safeties in addition to the grip safety that doubles as a drop safety. Thanks to the hammer-fired action, these guns don’t need a passive trigger safety and instead come with solid one-piece triggers.

They’re not the lightest .380 ACP pistols on the market at just under 19 ounces unloaded, but the weight, barrel length and grip size all work to make the EZ series one of the softest-shooting line of guns on the market. The weight is still good for a single-stack and light enough to carry all day long.

One standout feature of the new Performance Center models is their price. In gold, silver and black they have a suggested retail price of $502, which means real-world pricing starting in the low $400 range. For that amount of money it would be hard to pick up a plain-Jane M&P Shield EZ and upgrade it with tritium fiber optic sights, so these packages offer a good value, too.

The Performance Center EZ models are great for people who don’t like shooting more conventional semi-automatics as well as for getting new shooters behind a centerfire handgun. And it shows that Smith & Wesson’s Performance Center isn’t above tuning up even a humble .380.