What to Do After You Shoot Someone in Self Defense 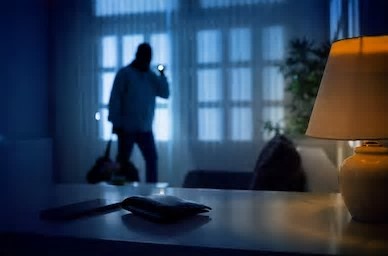 Home invasions happen. It is important to know what to do if you shoot an intruder in self defense.

It is the end of a long day.  You and your wife tucked your children in and are heading to bed.  As you turn off the lights you hear a sound you do not recognize.  When you go to investigate, you discover a broken window.  An intruder is in your home.  Fearing for your safety and the safety of your family, you prepare to defend yourself.  You know you have your right to defend your family and your home.  You grab your firearm and confront the intruder at gunpoint.  The intruder draws a weapon and turns to attack.  You pull the trigger and hit your mark.  The intruder falls to the ground seriously injured and likely dying.

The immediate threat is over, but your emotions are running high and adrenalin is pumping through your body. You and your family are safe, but what do you do next?  Do you flee from your residence?  Do you start collecting evidence?  Do you move the body?  Do you call the police?

What you do after shooting someone in self-defense can determine what legal consequences will follow. There are several things you should do and other things you should not do if you find yourself in this situation.

What you Should Do

Here is a list of things you should do after shooting someone in self-defense:

1. Make sure you and your family are safe.  Take some time to verify that you are not injured and that your family is safe.  Visually check the intruder to make sure he no longer poses a threat and cannot reach any weapons.  It is possible that the intruder was not acting alone, so watch the area for other potential intruders.

2. Call 911.  You want to be the first one to call the police.  Take a moment to calm yourself the best you can.  Take some deep, slow breaths.  Collect your thoughts and prepare yourself mentally.  When you call, keep things simple and direct.  Remember, your call will be recorded and can be used in court.  Provide the 911 operator with:

• Your name;
• Street address
• A brief description of what happened including that you were in fear for your life (and/or the life of your family) and had to use a weapon in self defense
• Request that the operator send an ambulance and police
• Advise where you are located at the address
• Advise that you will not have your weapon in hand when officers arrive.
• Give the operator your description so that emergency responders will recognize you when they arrive on the scene.

3. Call your attorney.  In some jurisdictions, you will be arrested if you shoot somebody even if it was done in self-defense.  If you have an attorney, it’s time to call.  It would also be a good time to call a bondsman in case you are taken to jail and need to post bond.

4. Be prepared for the arrival of emergency responders.  When police cars arrive put your firearm away.  If you do not have time to safely store your weapon in your home, then holster it or place it on the ground.  Expect that officers will be concerned for their safety.  Raise your empty hands over your head with your palms facing the officers.  Listen carefully and immediately follow their commands.  Officers will likely disarm you and may place you in handcuffs.

5. Be prepared to be treated like a criminal.  You may be place on the ground, locked in the back of a patrol car, or taken to jail. It will take time to sort out the truth about what happened. You may be identified as the “bad guy” until the truth is known.

6. Be cooperative.  You will need to provide basic information about what happened to the responding officers.  Make sure to indicate you want to give a full statement but insist on the presence of an attorney.  Make sure that you point out any witnesses who saw what happened.  Also point out any evidence including the intruder’s weapon.

7. Be respectful.  Even though you are emotional, you want to remember to be respectful towards the police.  They may treat you like a suspect.  Don’t let it rattle you.  Remember that a little respect will go a long way in convincing the police that you are a respectable, law-abiding citizen.

What You Should Not Do

Here is a list of things you should NOT do after shooting someone in self-defense:

1. Do not panic.  Even the toughest and well-trained person will be a mental and emotional mess after pulling the trigger and seeing an intruder’s body lying on the ground.  It is impossible to think rationally when you are emotional.  You want to stay sharp so that you do not make mistakes in what you say or do.

2. Do not use excessive force.  Once the intruder has been shot, do not take further action in self-defense unless those actions are necessary to protect you or your family.  Do not shoot the intruder additional times after he no longer poses a threat.

3. Do not leave the scene.  Unless you have to leave in order to protect your safety or the safety of your family, do not leave the scene of the shooting.  You may feel a desire to go and see family or just run away from the situation due to the high levels of emotion.  Control this urge and stick around.  If you leave, the police may interpret your actions as fleeing the scene of a crime.  You want to present yourself as the victim, not a suspect.

4. Do not tamper with evidence.  You may have a desire to touch the intruder to search him.  You may want to change the scene to be more favorable by moving the 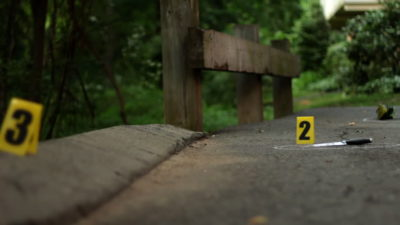 It is important not to tamper with evidence before police arrive.

body.  It is a mistake to change anything at the scene.  Leave everything undisturbed until the police arrive and can document what happened.  Even if your intentions are innocent, any change to the evidence at the scene may be interpreted by the police as a sign of guilt.

5. Drop your weapon.  Do not have a weapon in hand when the police arrive on the scene.  Remember, the police are responding to a crime scene where shots have been fired.  Initially, the police may not be able to immediately identify who the suspect and the victim are.  If you are holding a weapon, especially a gun, when the police arrive, you risk being viewed as a suspect.  You will also risk potentially being shot by the police.

6. Do not argue with the police.  This not the time to debate your legal rights with the police or argue about the way the investigation is being handled.

7. Do not provide details.  Do not go into detail about what happened before you talk with a lawyer.  You want to be cooperative, but you want to remember that anything you say could potentially be used against you.  You want to give the basics, but nothing more without a lawyer present.

8. If you are arrested, do not say anything.  If the police place you under arrest you need to stop talking.  Nothing you say at this point will help you avoid going to jail, and anything you say could hurt your case.  The only thing you should say after being arrested is that you want to speak with a lawyer before answering any further questions about what happened.

We all hope that we will never have to fire our weapons in self-defense, but if the situation arises when you have no other choice, keep this list of do’s and don’ts in mind so that you can protect your legal rights the same way you protect yourself and your family.