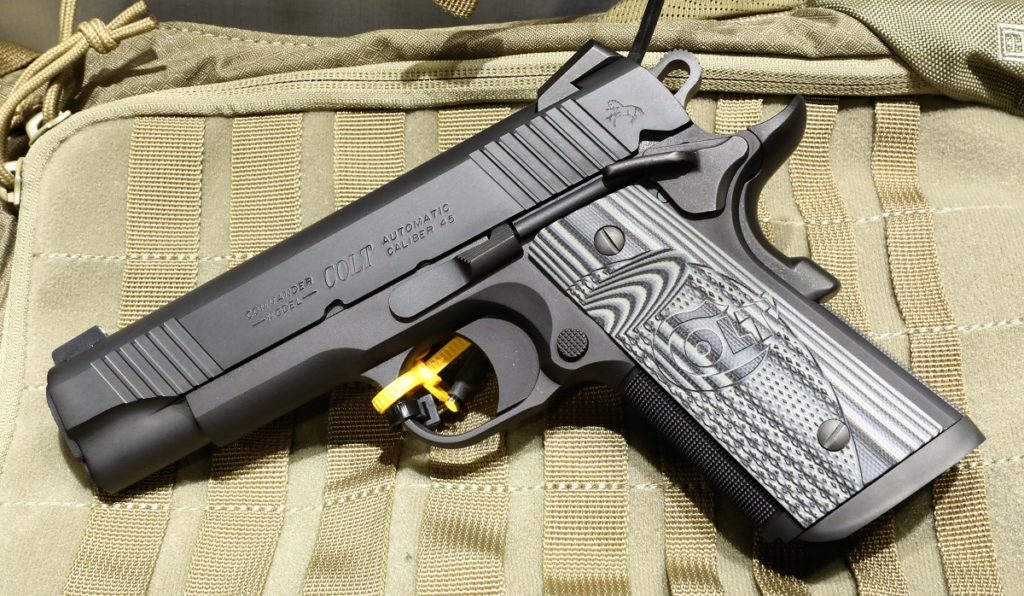 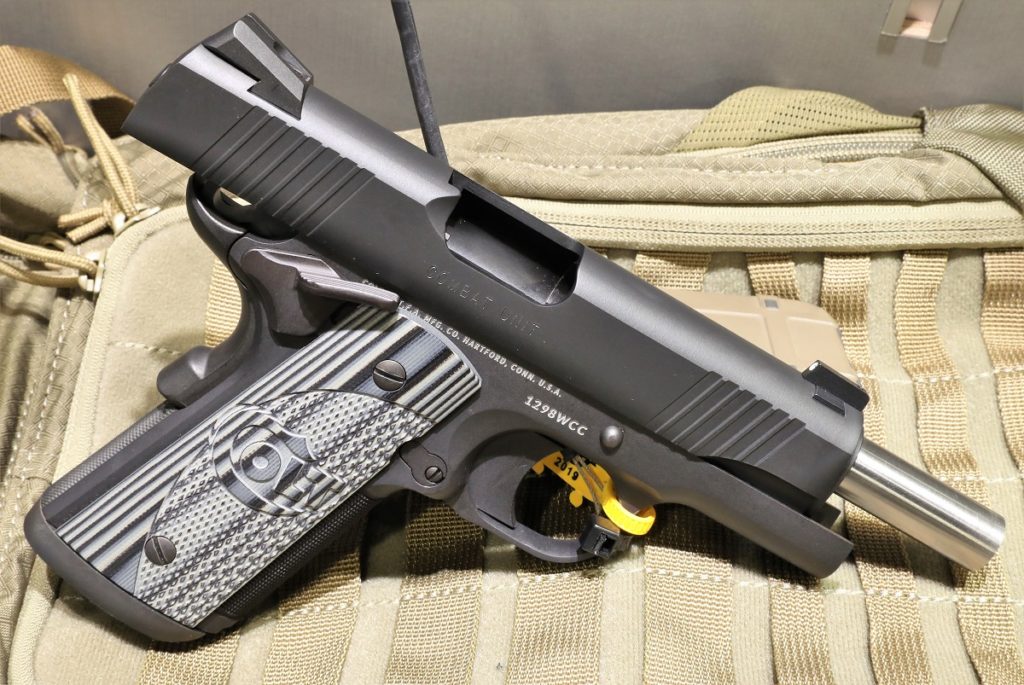 Like its larger family members, the CCO is competition on the inside and tactical on the outside. It features checkered side plates and 25 lpi checkering on the front of the grip. The front sight is Tritium and the rear is a black metal slot sight. The slide has serrations front and rear, and the action is very smooth. Dry firing the gun was a treat as the trigger break is clean and crisp. The trigger reset is very short as well. The hammer is skeletonized. The single stack CCO will be available in 9+1 capacity for 9mm and 8+1 for .45. 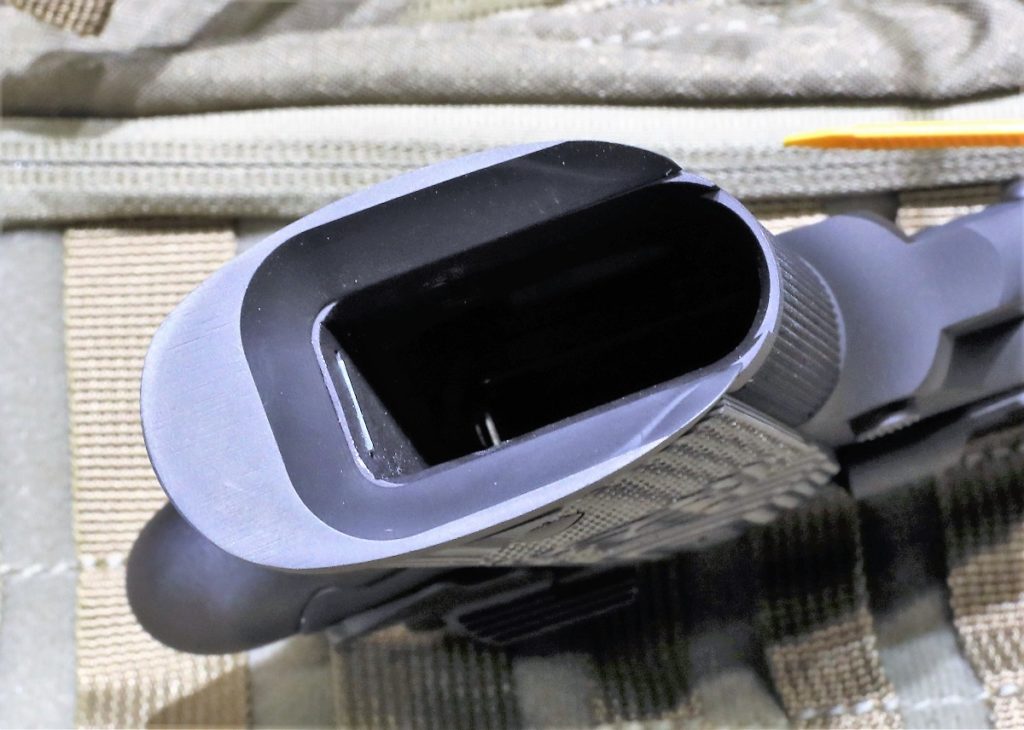 The extended magazine well is beveled for quicker reloads

The stainless steel barrel is 4.25 inches long and the stainless slide is finished in black PVD. The frame is black anodized aluminum. While small enough to easily conceal, the gun still feels good to the hand. There is no dangling pinky for this writer with average sized hands. The mag well is beveled just like the other Colt Combat Unit pistols, allowing users to compete in IDPA CCP division if desired. The safety is ambidextrous. The Colt representative noted that the model available for SHOT Show did not have the final finished safeties as the production version will have. The final model will have safeties that are rounded and smoothed just as the larger Colt Combat pistols have. 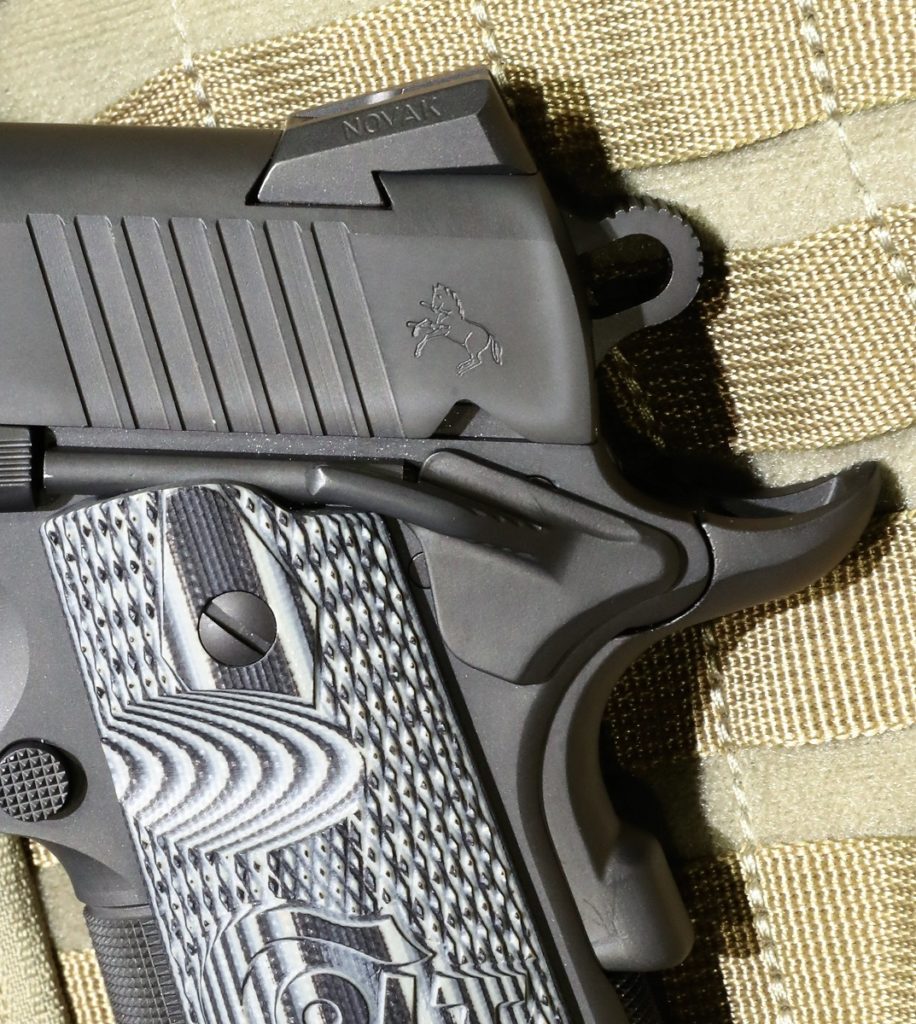 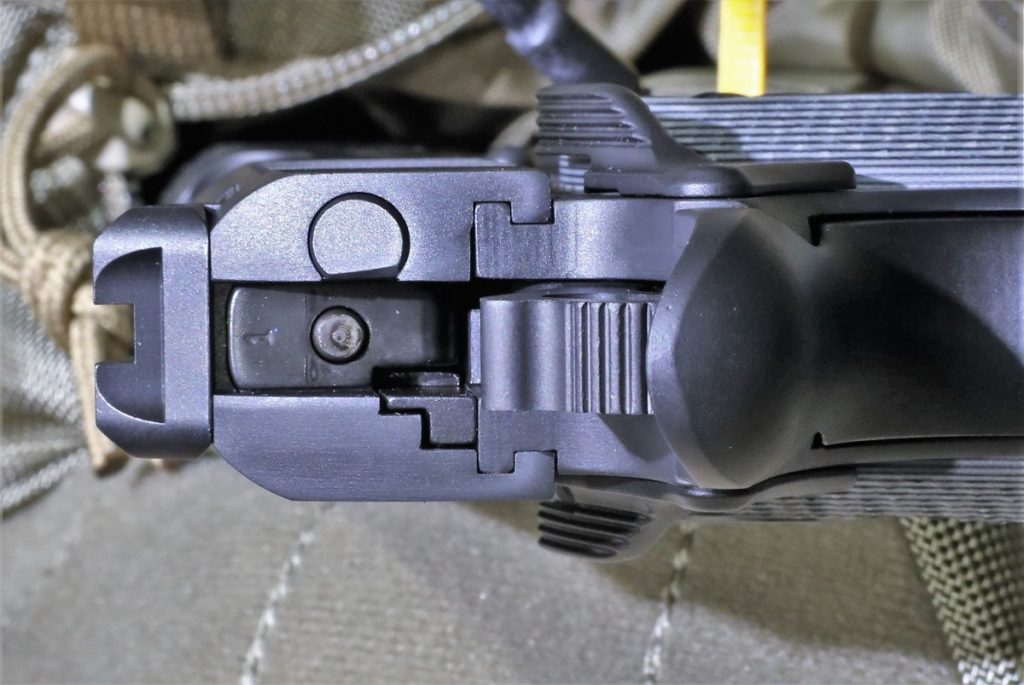