Geissele has built themselves a solid reputation of producing quality triggers but this year at SHOT 2019 they expanded into a new area of the market by releasing two rifles into their product lineup. These two rifles are the Super Duty and the Super Duty LE. I had the opportunity to shoot them during Industry Day at the Range. By the end of the day, there had to have been thousands of rounds fired through each gun and they were still running perfectly. 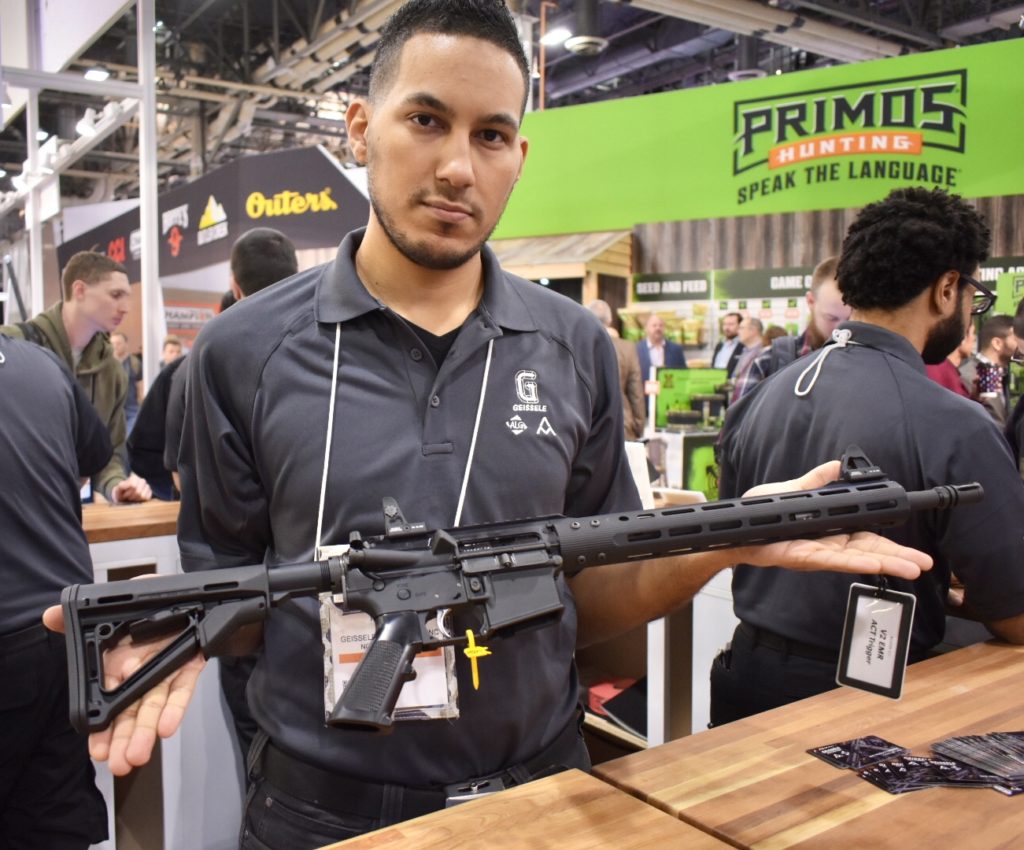 The Super Duty LE is an attractive gun and a valuable tool for anybody who depends on a rifle for their job.

The Super Duty LE rifles lack all of the fancy extras because they are designed to just straight up work. These rifles are not supposed to be flashy and complex because of the lives that the (LE) rifles are protecting at the price that they are offered. For the $750 MSRP you are getting a superb ALG ACT trigger, Geissele flip up or fixed sights, Super 42 H1 buffer system which has a triple braided wire spring, Posi-Lock safety, maritime bolt catch, Magpul CTR stock, pinned low profile Geissele super gas block and ALG Defense LE Blue Line V2 EMR  among other relatively standard parts. The trigger in this rifle is a 5.5-pound trigger because this falls within regulation for most agencies. The Super Duty LE is not available for sale to the public because Geissele wants to get these guns out to the people who need them rather than selling stock to those who don’t because it would make officers have to wait for theirs. 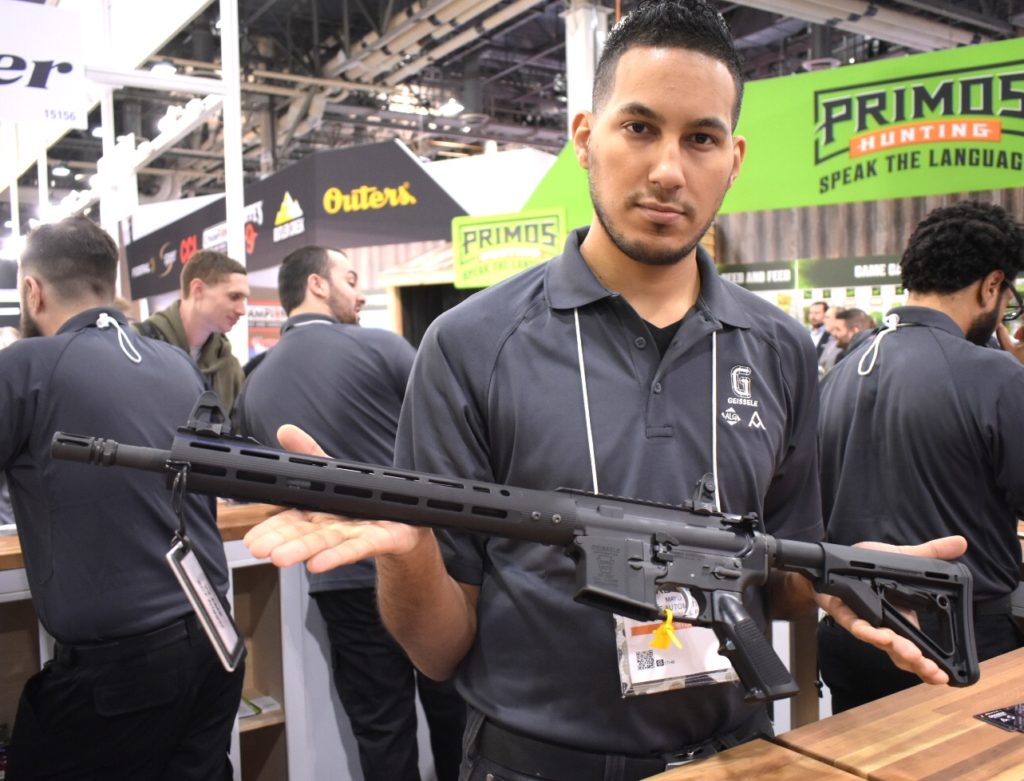 The Super Duty line of rifles is a lot different than their LE sibling. These rifles are basically made custom per order. If you go to order one on Geissele’s website, they offer four different length base models to choose from including 10.3″, 14.5″, 16″ and 18″. From there, you get to select each individual part that you want your gun to come with. This is a super option for those who want a custom rifle, but do not have the knowledge or required tools to assemble their own. The Super Duty line of rifles has not had a confirmed MSRP yet, but I have heard rumors of it possibly being around the $1000 range, or a little over. These rifles are planned to be shipping in the summer. 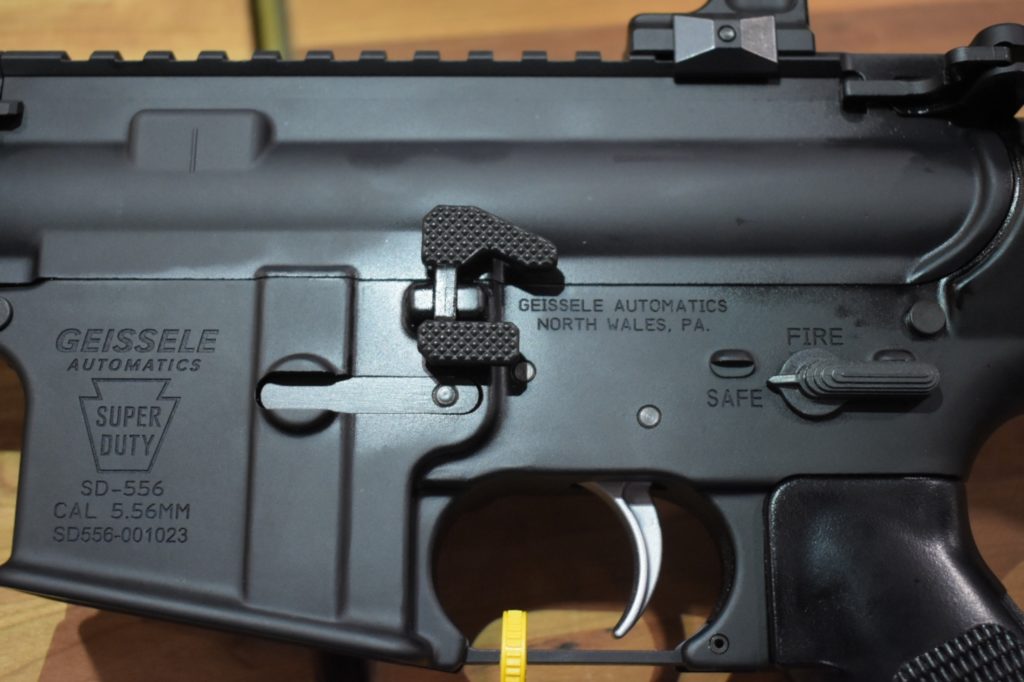 Pictured is the ALG ATC trigger, the maritime bolt catch and the Posi-Lock safety. 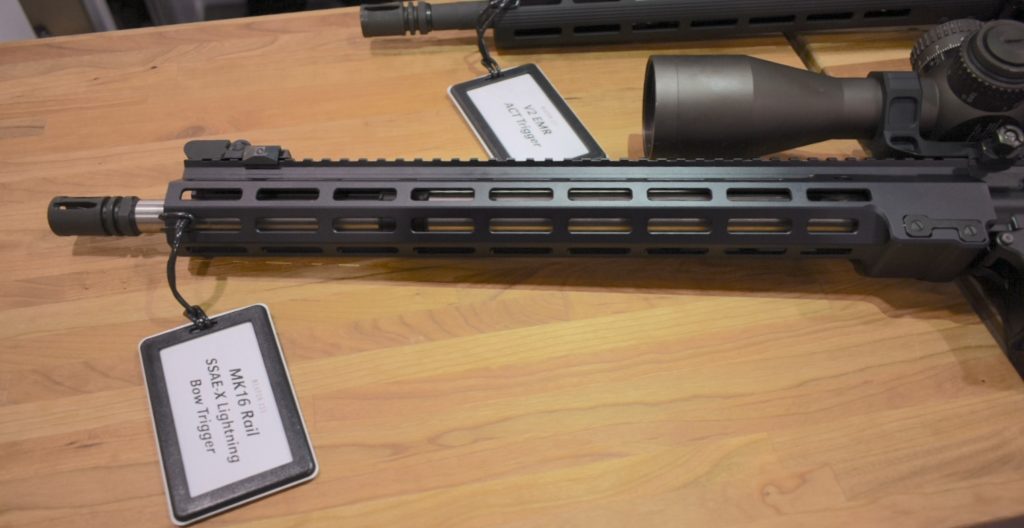 Here’s an example of one option for the Super Duty.