Neighbors Arrested for Shooting Each Other While Wearing Bulletproof Vest 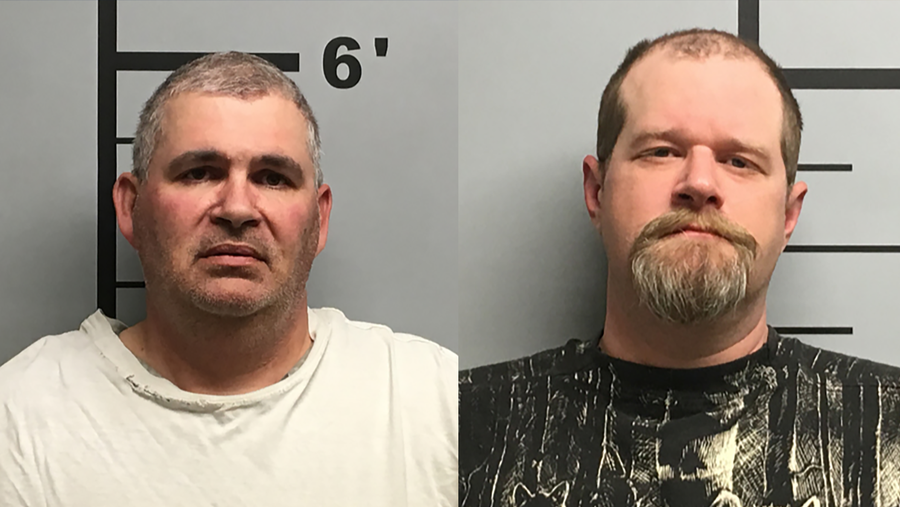 Two Arkansas men are in hot water after taking turns shooting one another while the other was wearing a bulletproof vest.

Neighbors Charles Eugene Ferris, 50 and Christopher Hicks, 36, were drinking Sunday in Ferris’ backyard. Ferris was donning body armor and told Hicks to shoot him with a .22-caliber rifle.

Hicks obliged, shooting Ferris in the chest. Thankfully, the projectile did not penetrate the vest.

What Ferris didn’t realize or maybe underestimated is that even with the armor on, getting shot still hurts! Angered by the throbbing bruise on his pec, Charles told Christopher it was his turn to experience it.

With the vest on Chuck shot Chris in the back.  Not once, but six times! Chuck “unloaded the clip into Christopher’s back,” said the police report authored by the Benton County Sheriff’s Office.

Again, the vest stopped the bullets.

Following the exchange, Ferris sought treatment at a local hospital. Not wanting to look like a complete idiot, Ferris invented a story about a shootout in Hobbs State Park.

Ferris told hospital staff and accompanying investigators that he was paid $200 to protect an “asset.” When Ferris and the “asset” entered the park at 10 p.m. Saturday night they were confronted by an armed man in a white suit traveling down a bicycle path. A gunfight broke out and Ferris was shot protecting the “asset.”

That tall tale may have held up if it wasn’t for Ferris’ wife, who ratted him out to authorities, telling them what really went down, that there was no “asset,” that Ferris was drinking with his neighbor Hicks when the two decided to test the efficacy of body armor with a .22.

Police then arrested the neighbors, charging each with aggravated assault. If convicted, the two could spend six years in prison. Both are due back in court on May 13.