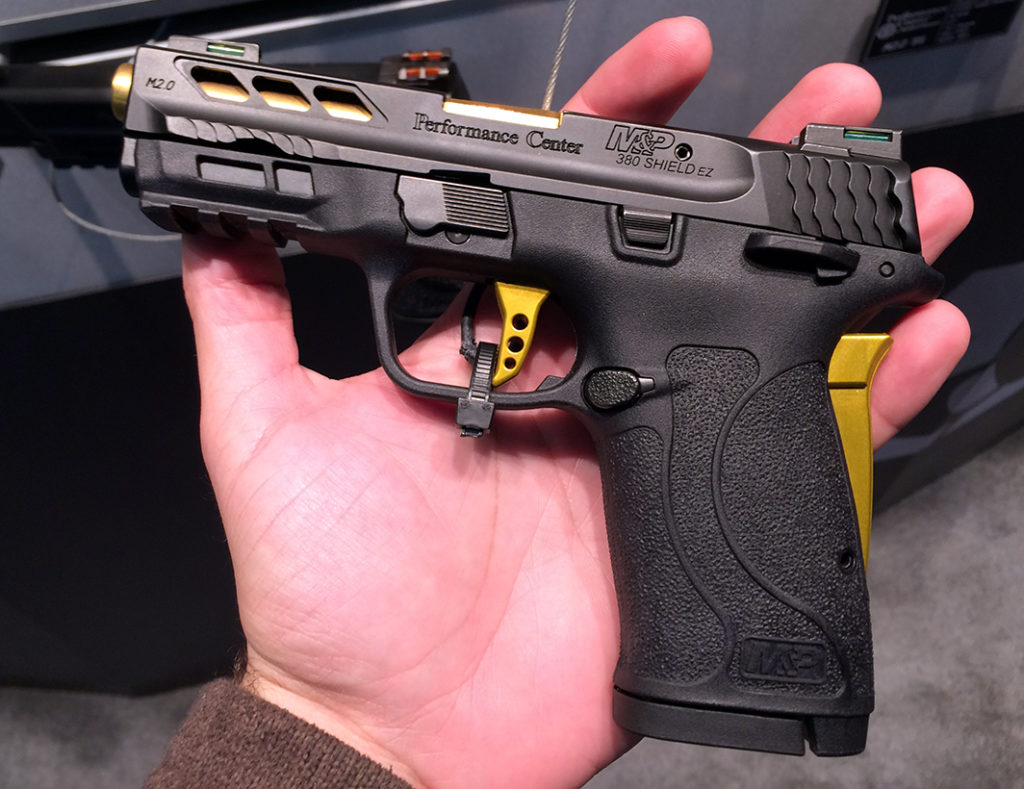 The new EZ is also available in silver and black.

One of the most popular concealed carry handguns ever made, Smith & Wesson’s line of Shield pistols has been steadily improving since its inception in 2012. Smith introduced the Shield M2.0 along with the new-shooter-friendly Shield EZ in 2018, and last month the company rolled out new models of both lines.

We got a chance to get our hands on the new Performance Center Shield EZ and the optics-ready Shield M2.0 at this year’s NRA Annual Meetings and Exhibits, and both handguns include new features that promise to make the Shield line even more popular.

Externally, the new EZ comes with a flat-faced skeletonized trigger and an extended grip safety (in the same color as the barrel). Smith reps told GunsAmerica that they enhanced the grip safety because certain users were reporting difficulty engaging the mechanism and pulling the trigger at the same time.

Other external features include lighting cuts on the slide to reduce weight, a ported barrel to help control muzzle flip, and HI-VIZ Litewave H3 Tritium/Litepipe Sights. 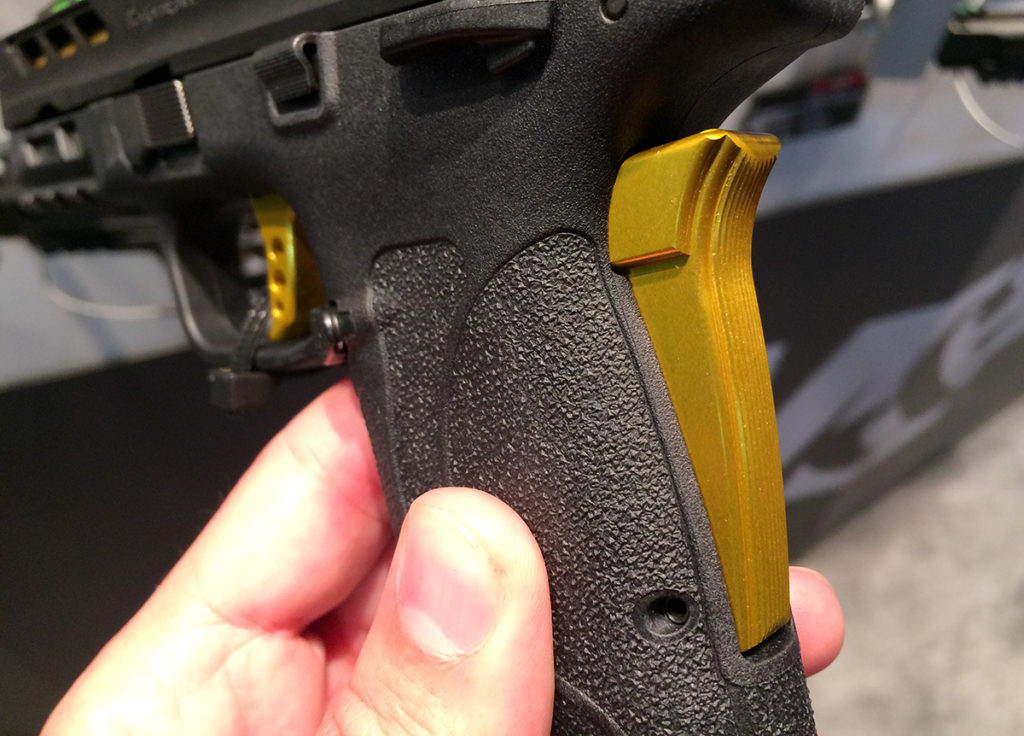 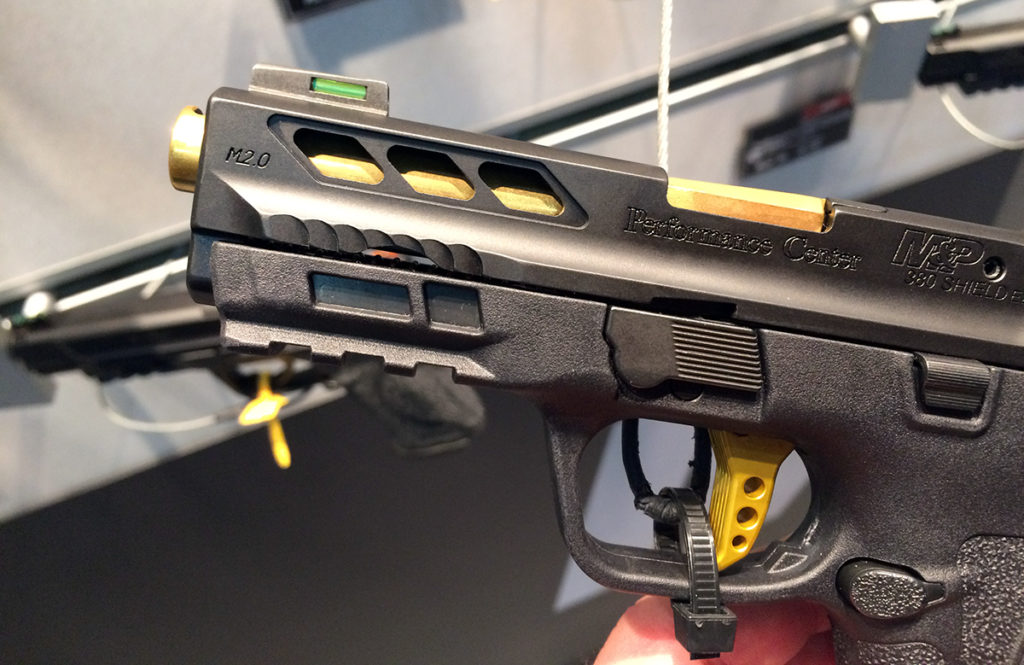 Internally, the new EZ benefits from a Performance Center action and trigger job, which enhances the sear and lightens the trigger pull. Triggers are sometimes difficult to judge at the NRA show because show organizers require vendors to remove firing pins from all firearms. Even so, the trigger on the new EZ feels lighter with a cleaner break compared to the original model.

MSRP on the Performance Center EZ is a very reasonable (but weirdly specific) $502. Click here for the full spec sheet. 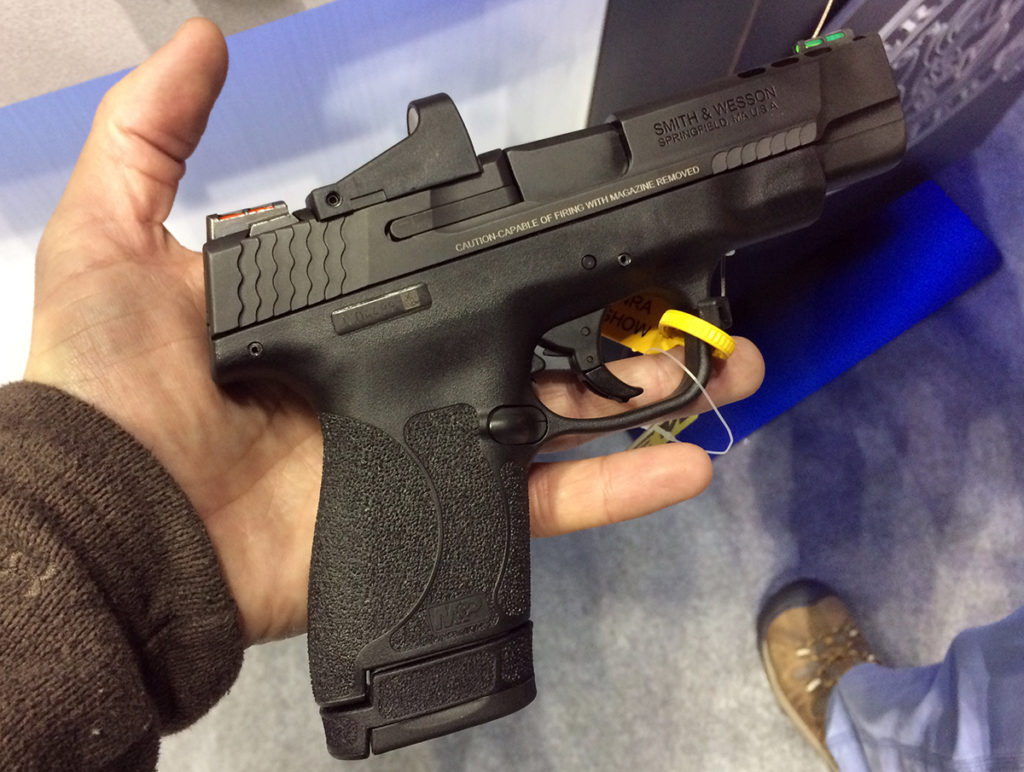 On the standard Shield line, Smith’s Performance Center released optics-ready models with 4-inch barrels chambered in 9mm Luger, .40 S&W and .45 ACP. Customers can choose whether they want a ported barrel and slide, which adds about $20 to the MSRP.

Unlike many full-sized optics-ready handguns, the new Shield is compatible with (and includes) only one kind of reflex sight manufactured by the UK-based optics company Shield Sights (no connection to Smith & Wesson).

Though the S&W rep didn’t mention a specific model, the optic appears to be the Shield Minisight, an ultra-small, 4 MOA red dot sight that retails for about $220. The optics company reports that over 15,000 units are in use by the British regular army and Special Forces, as well as US, Australian, New Zealand Special Forces and other NATO forces. 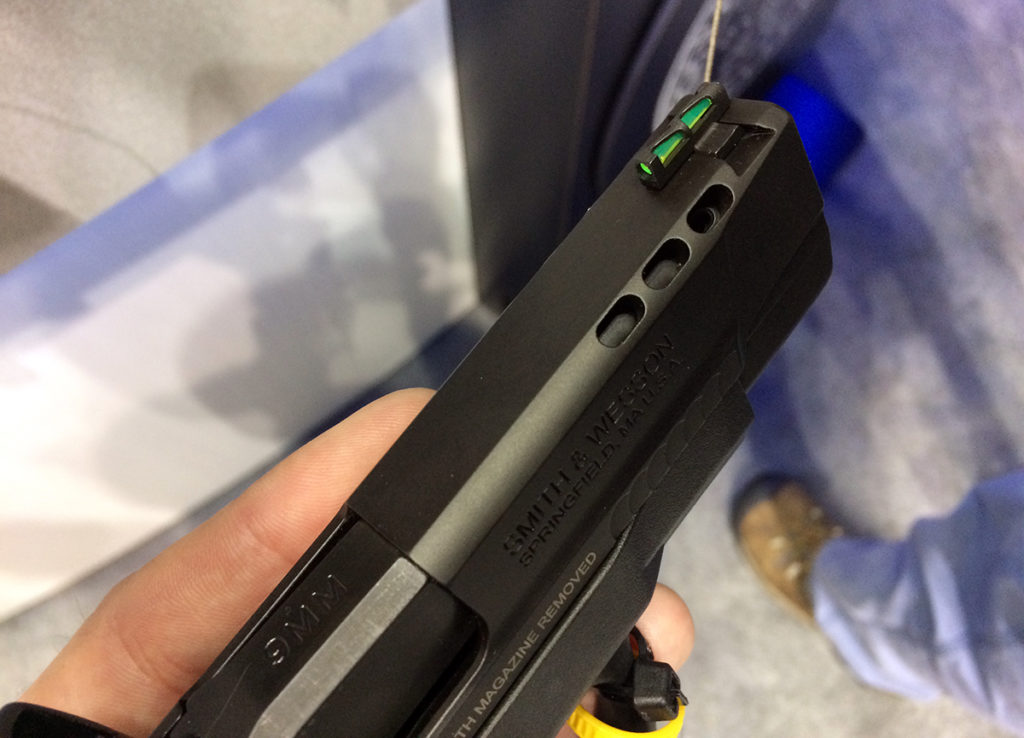 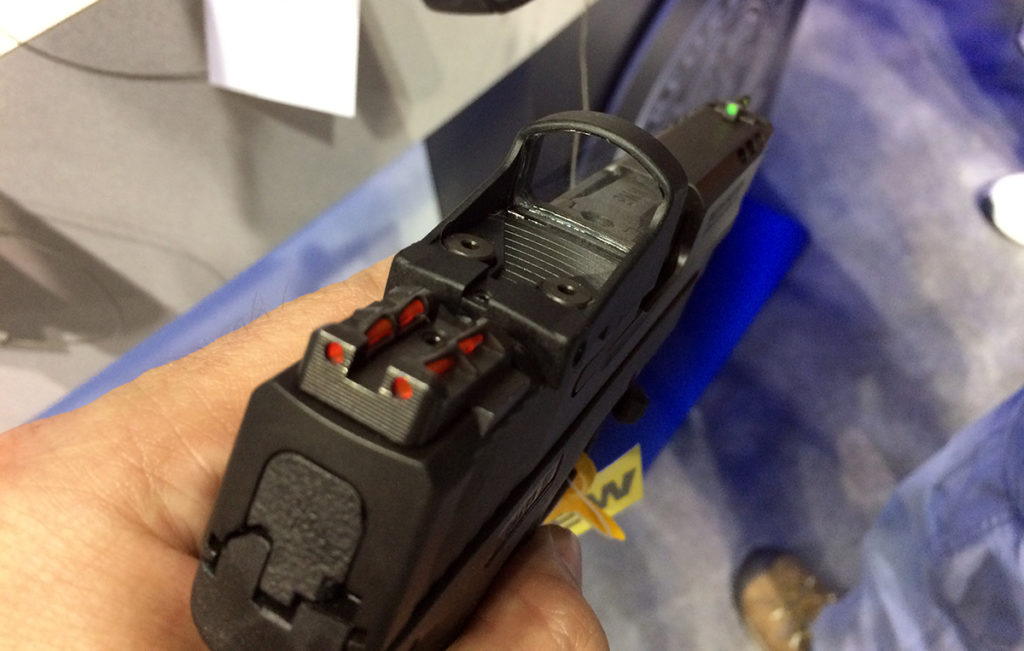 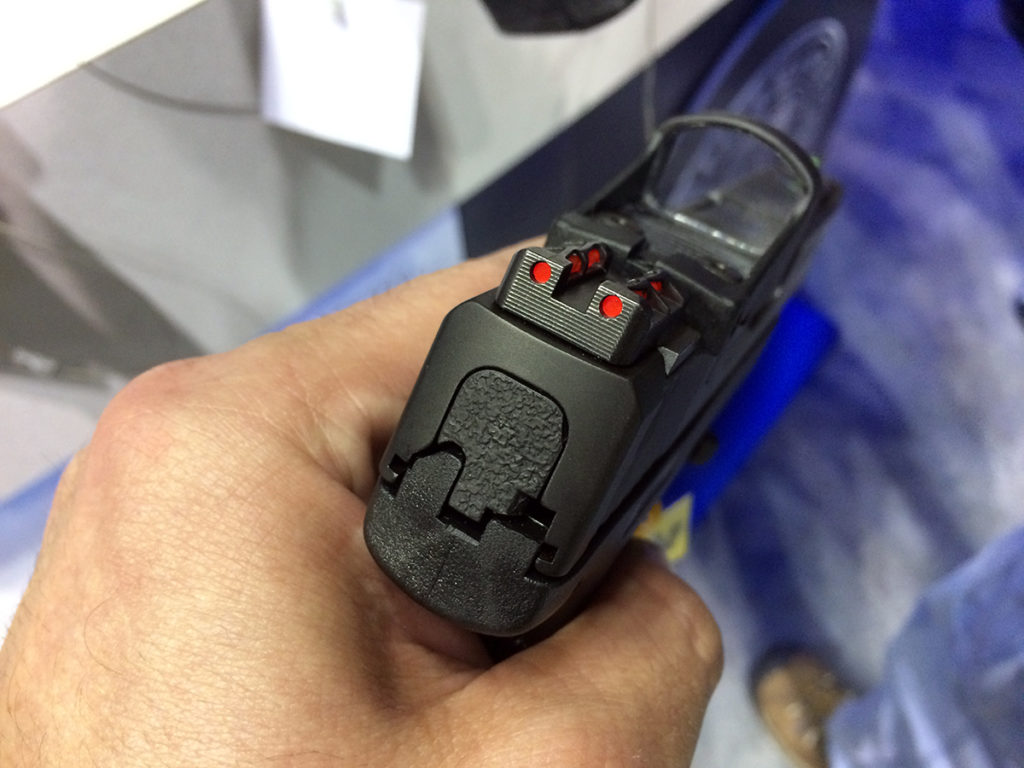 Though only time will tell how well the handgun/optic combination holds up, our experience at the NRAAM didn’t leave much to be desired. The Performance Center tunes the action and lightens the trigger, which breaks cleanly and positively. It’s a huge improvement over the standard Shield M2.0, and will no doubt help improve accuracy.

MSRP for the optics-ready Shield is $826. Add a ported barrel and slide and you’re looking at $854. Click here for the full spec sheet.