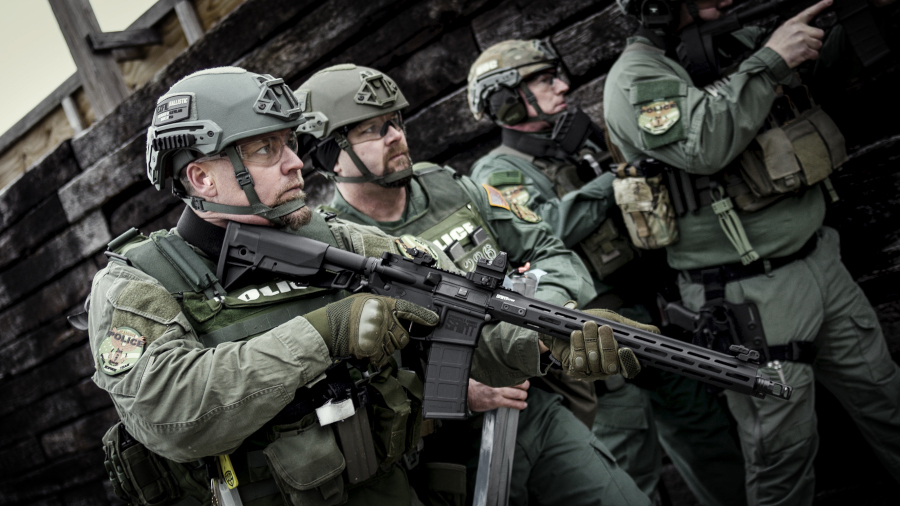 The Victor series is made for real-world use without cutting corners. (Photo: Springfield)

Springfield is kicking off 2019 with a complete line of AR-pattern rifles, pistols and short-barreled rifles with the Victor series. The Victor series, based on the Saint series, comes with a full suite of premium features including a match-grade, nickel-boron, single-stage trigger across the board.

These guns are meant for shooting right out of the box. While they have rails for optics, the rifles also come factory with flip-up front and rear iron sights. The pistols and the SBR are optics-ready.

Springfield is launching with five Victor models, a full-size model chambered for 5.56 NATO, two pistols, one in 5.56 and the other in 300 AAC Blackout, an NFA-regulated short-barreled rifle, and a California-compliant model. All Victor rifles and pistols are built on Accu-Tite tension-bonded forged receivers to eliminate wobble.

The guns feature Melonite finishes on the steel parts including the barrels, gas block, bolt and bolt carrier. Melonite, like other salt bath nitride finishes, are now standard in a lot of high-end rifles designed for hard use. 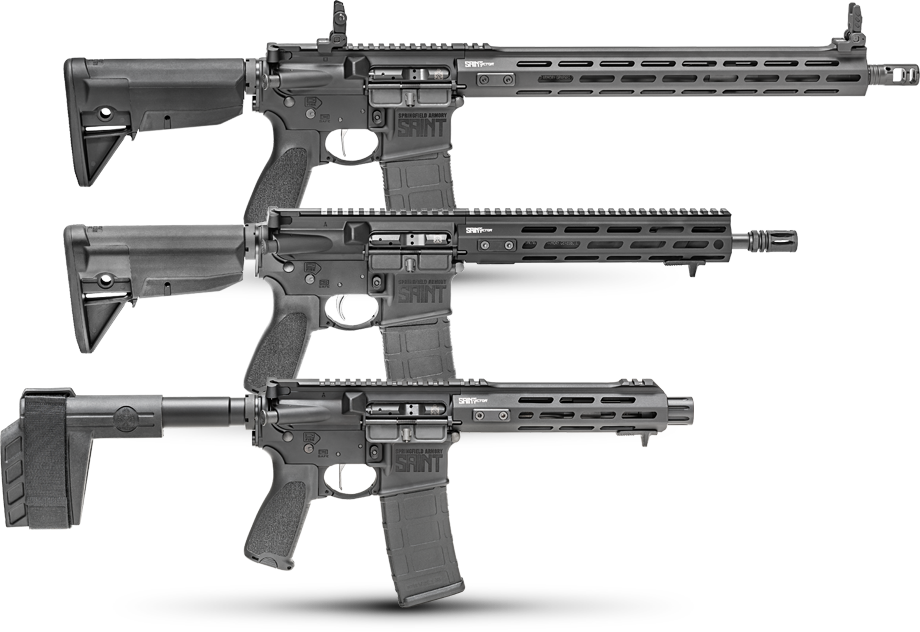 The series is available in rifle, pistol and SBR configurations. (Photo: Springfield)

They have very slim free-floating M-Lok handguards that run the full length of the barrel regardless of configuration. Springfield is rolling out two styles of handguards for the Victory series, a minimalist design with a truncated 12-o’clock rail to save weight and a full-length rail version for the short-barreled rifle.

The rifles come with 2-port muzzle brakes while the 5.56 pistol comes with a forward blast deflector. The 300 Black pistol and short-barreled rifle come with A2 birdcages that can be swapped for suppressor mounts. All but the California-compliant model come with 30-round Magpul Pmag magazines. The compliant gun comes with a 10-rounder.

The rifles get a good spread of furniture, picking from Magpul, Bravo Company Manufacturing and SB Tactical. The pistols get SB Tactical braces for improved control while the standard rifle gets a Bravo Company stock and grip. The California gun gets a Strike Industries compliant grip and a Magpul fixed carbine stock.

They all have staked castle nuts with quick-detach sling points as well as heavy carbine buffer systems for reduced recoil.

Altogether the Victor rifle weighs in at just under 7 pounds dry; the compliant rifle just a little over. The SBR and the pistols weigh right around 6 pounds.

The suggested retail prices start out at $1,015 which works out to $800-$900 and even less with the right deal in real-world prices. That’s a good price for all that Springfield is including with the Victor series, and it will be nice to see how the company takes it in the future.

Next post: Jamie Foxx, The Killers Speak on ‘Gun Violence’ and It’s about What You’d Expect