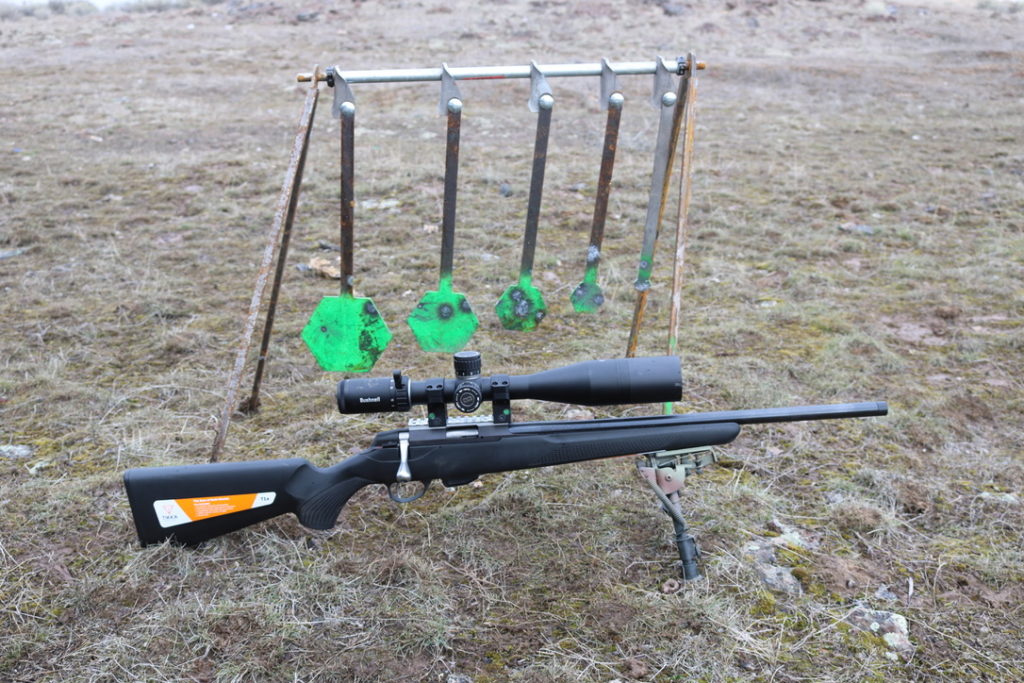 This week, I got my hands on a rifle for review that was a long time in the making. The Tikka T1X, first announced at SHOT Show 2018, has finally hit the shelves. Now despite my own giddiness about rimfires, I know that they aren’t the most popular reviews we publish. But hear me out on this one, I think you are really going to dig it. Why, pray tell, have I been anxiously awaiting a bolt action in 17 HMR? 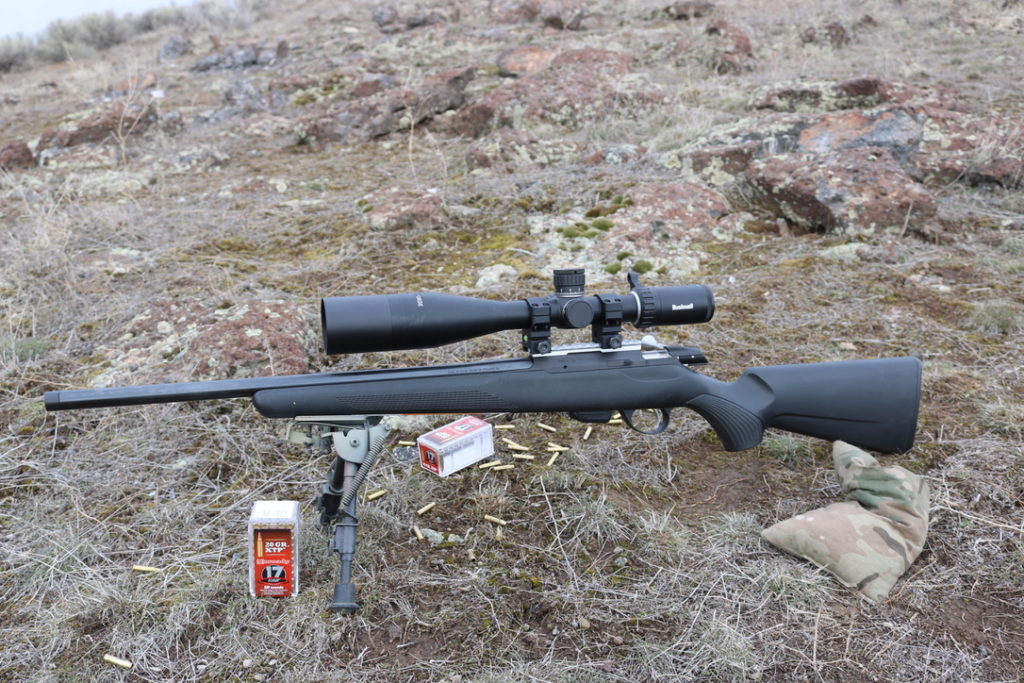 Dressed up and ready to go with Hornady 20 grain.

First, the Tikka name, and reputation for quality. Tikka has very much impressed me over the last few years, pushing out near unbelievable levels of accuracy at reasonable prices. Dollar for dollar, I don’t think you can beat them in bolt actions. 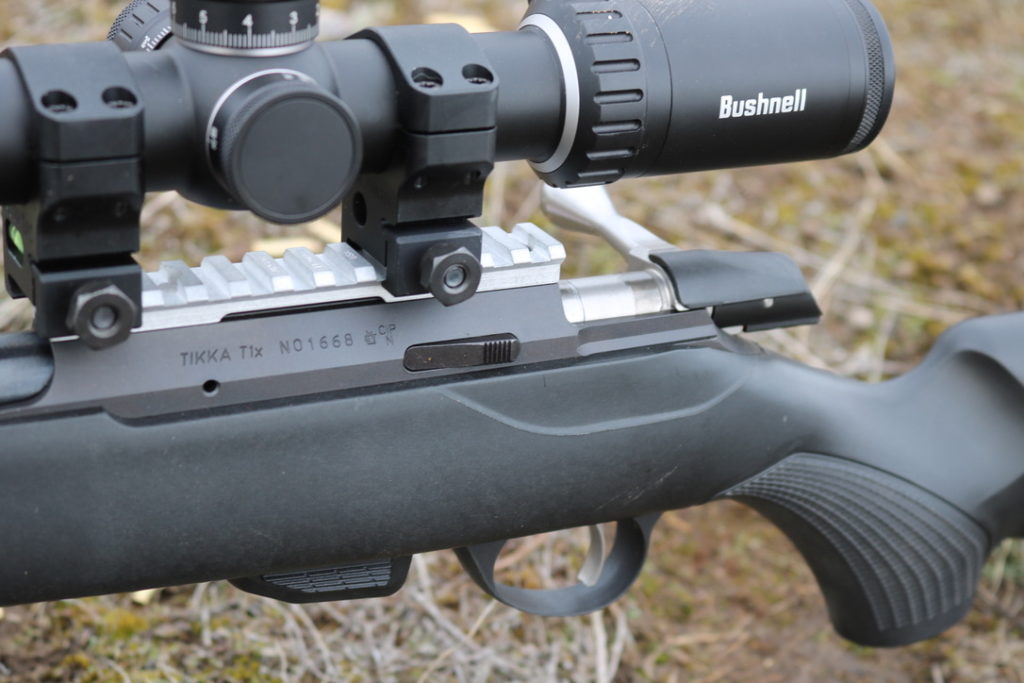 Second, the T1X is available in both 22LR and 17 HMR. It seems like many times, the incredible rimfire bolts are available in one or the other. Now don’t get me wrong, I appreciate 22LR. It has its uses, and with good ammunition, it can get quite a reach. But for my money, especially if I am talking a cheap alternative training gun, I prefer 17 HMR. So why do I care about both? Excellent question. While I prefer the reach of 17, I cannot argue about the availability of 22. Also, at least in my neck of the woods, a new shooting sport is taking the region by storm. It is basically scaled down PRS, with targets always inside 200 meters. And the rules state 22LR only, partly to prevent an arms race of rimfire proportions.

Third, Tikka made the T1X for grown men, and the sizing is appropriate to that. Most rimfires come from the factory in youth stocks, sized for kids. And while that is great for kids, it means all of us that never grew up alleged adults have to go find an aftermarket solution. This one was billed as out of the box ready, and it doesn’t disappoint. 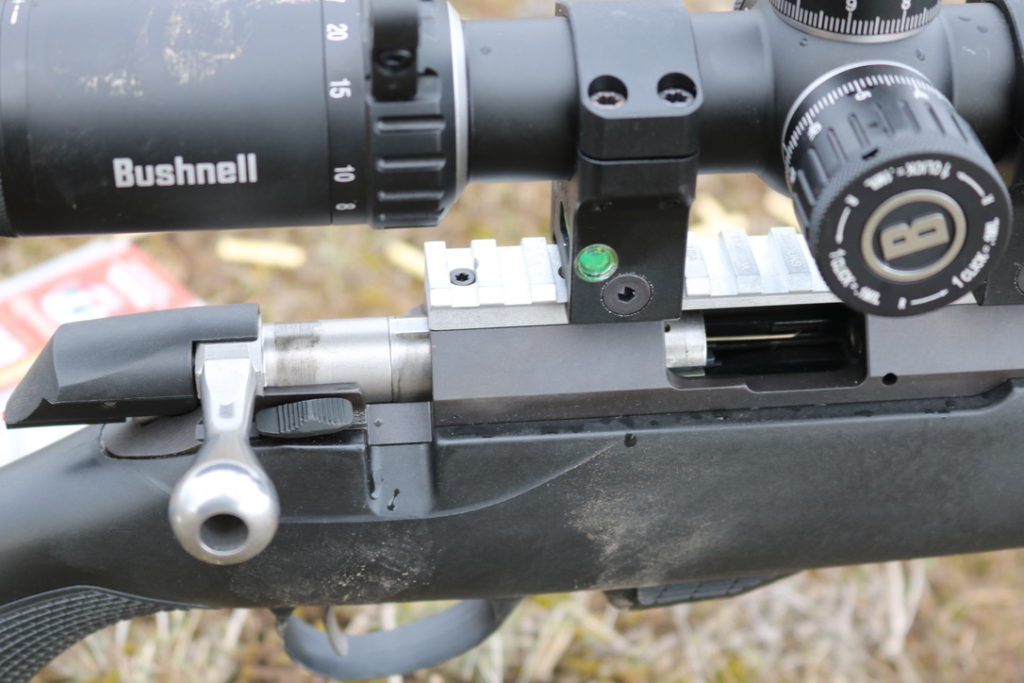 The T1X is a pretty bare bones rifle, but I think we all kind of expect that for a rimfire, priced at $468. That is marginally higher than your run of the mill 22, but not anywhere near a custom training rifle. Don’t spit your coffee out, but some of those are currently over $4000. Yes, I mean chambered in 22 LR at that price. 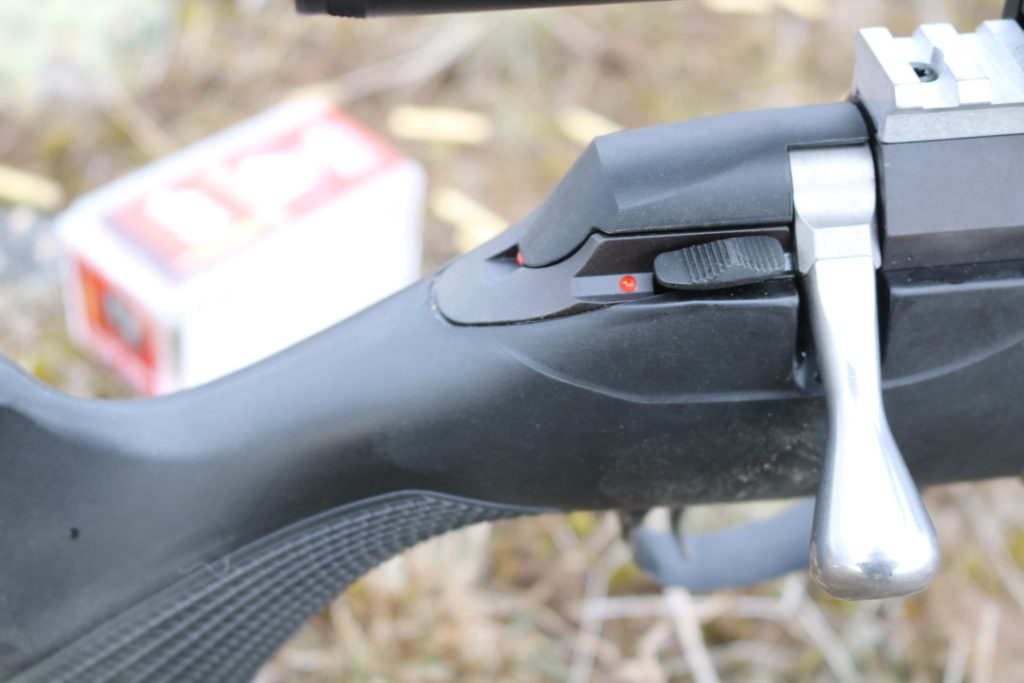 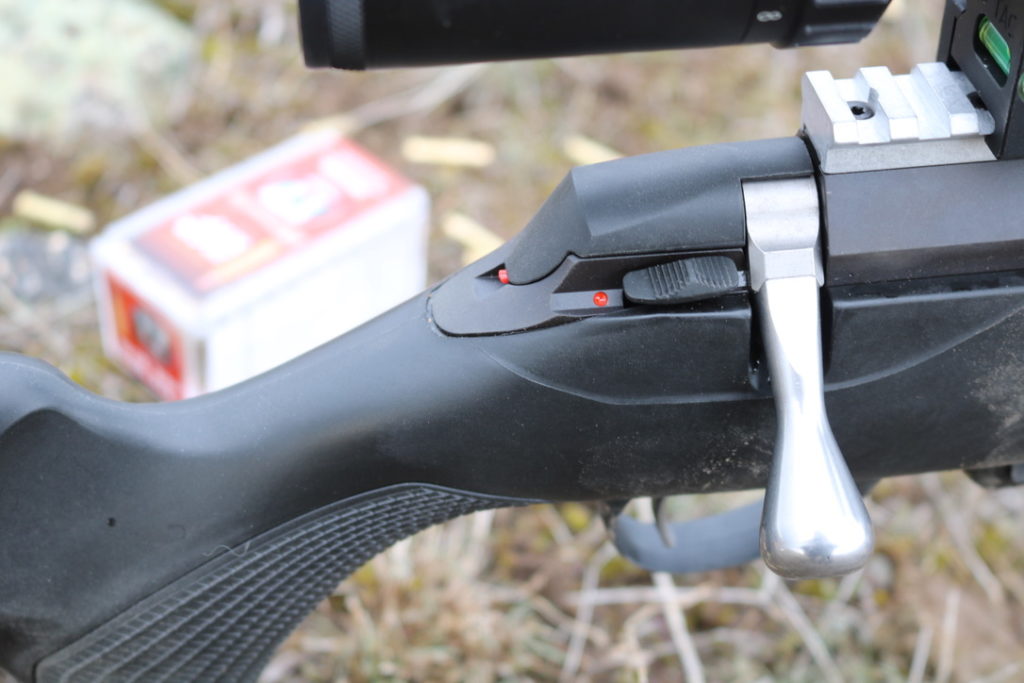 The T1X features a smooth bolt, with a replaceable bolt handle. Smooth is a relative term here. Obviously, a rimfire doesn’t have to contain the same pressures as a centerfire, hence no locking lugs. So it isn’t exactly a mechanical feat to make it feel easy to manipulate. I would say it is not quite as buttery smooth as the real caliber T3 rifles, but it is a step above most rimfires. 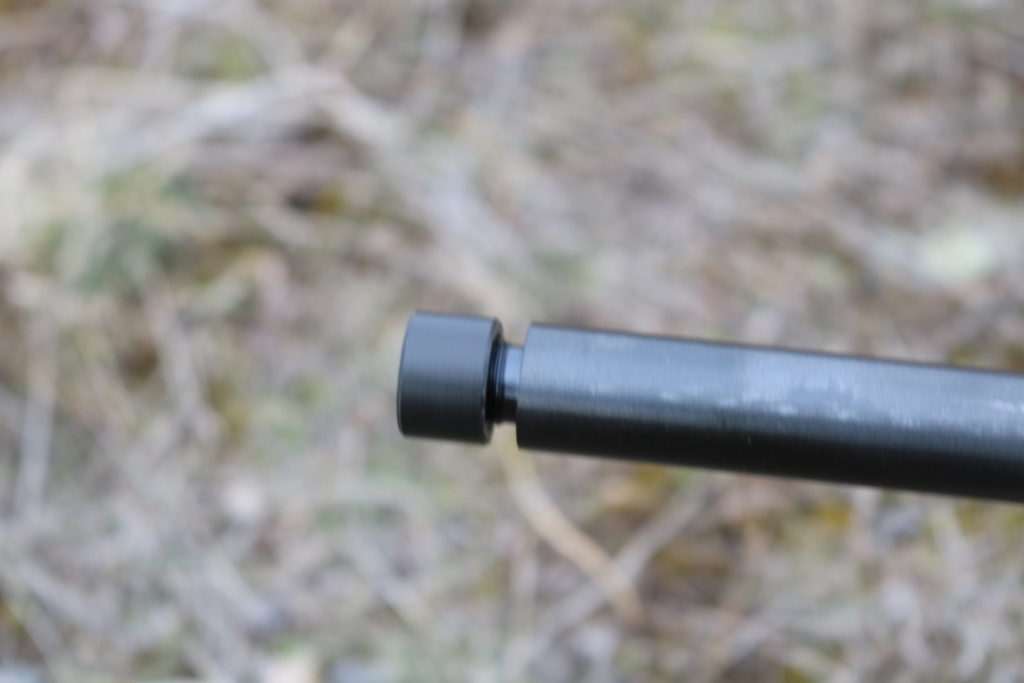 The stock is synthetic, and as mention above, it is a full sized stock. No duct tape and rubber shims required, the T1X is sized for adults. That is the selling point to me, and I would wager a few others out there. But other than that, the stock is mostly unremarkable. It does have a nice texture on the fore-end and grip area, which is a bonus for inclement weather. It also boasts a removable insert in the grip area, which actually allows you to change the angle of the grip. But you have to buy the new grip separately, and one was not available at testing time. Overall, I would call the stock average. It has sling swivels for and aft, but it isn’t’ exactly a game changer. 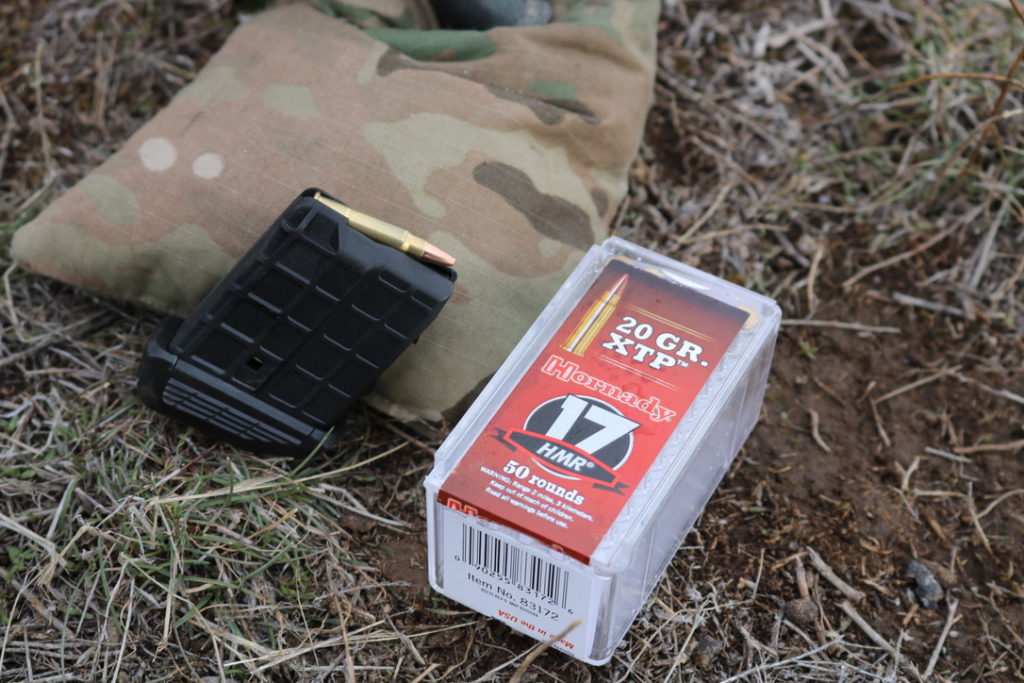 The magazine is excellent, and one of the highlights of the rifle. Designed in house, it is Tikka unique. A single stack 10 rounder, kind of to be expected for a bolt action in this caliber. But, Tikka has put some brain power to work. Instead of being smooth steel, the magazine is a textured polymer. The grid pattern helps you keep ahold of it, but doesn’t prevent it from seating smooth in the gun. It is a bit oversized compared to other rimfire magazines, but in my opinion, that is a plus. The larger size helps you not only hold onto it but makes it easier to slap in the mag well. The magazine also protrudes about 3/4ths of an inch below the stock, making it easy to get ahold of. Combined with a robust magazine release lever, this is a brilliant piece of engineering in its own right. 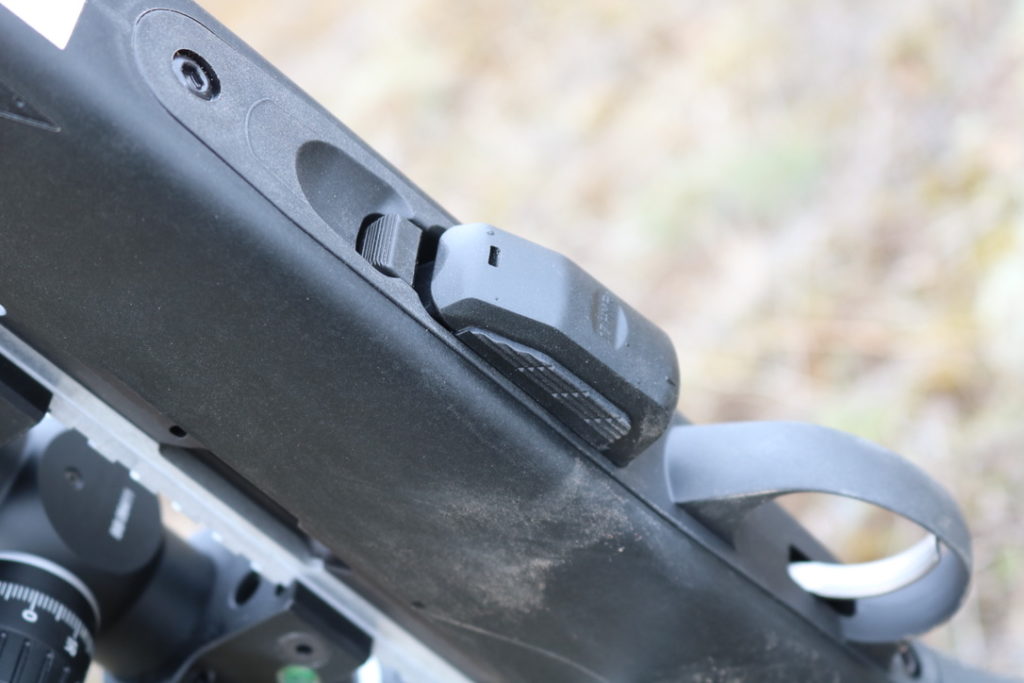 The barrel I would have called a mid contour, and the spec sheet says the same thing in more expensive words. Tikka calls it a cross over contour and says it gives you the balance needed for all shooting solutions. It isn’t a lightweight pencil barrel, nor is it a heavy bull barrel. It balances well, and I would concur with Tikka’s assessment. A bull barrel is great on the range, but not much fun walking on a ground squirrel hunt. But an inaccurate gun is useless, something not to be forgotten. 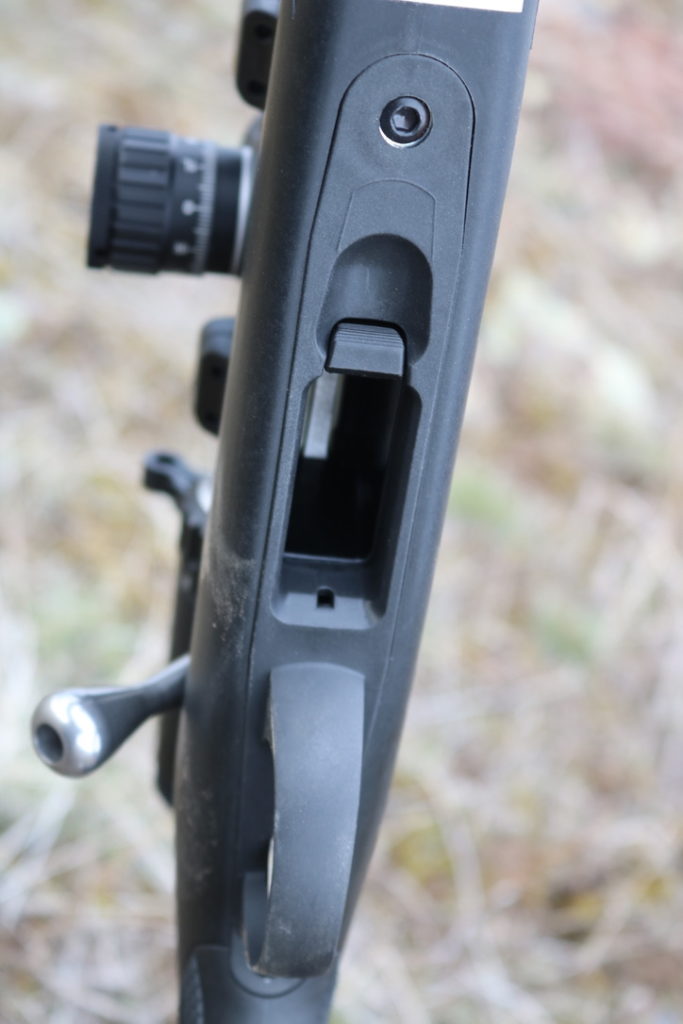 In practice, Tikka got that one right. Using 20 grain Hornady ammunition and a Bushnell Forge scope, my T1X turned in 100-meter groups just over ½ MOA. For a rimfire, that is pretty remarkable. For a rimfire with a relatively lightweight barrel, it is shocking. The barrel is also threaded from the factory, ready to go for suppressors.

Overall, I like the T1X. A lot. But I would be remiss if I didn’t voice my complaints about the gun as well. My grievances might seem petty, but it comes with the territory. Best you find out from me, than after you plunk down the dollars. 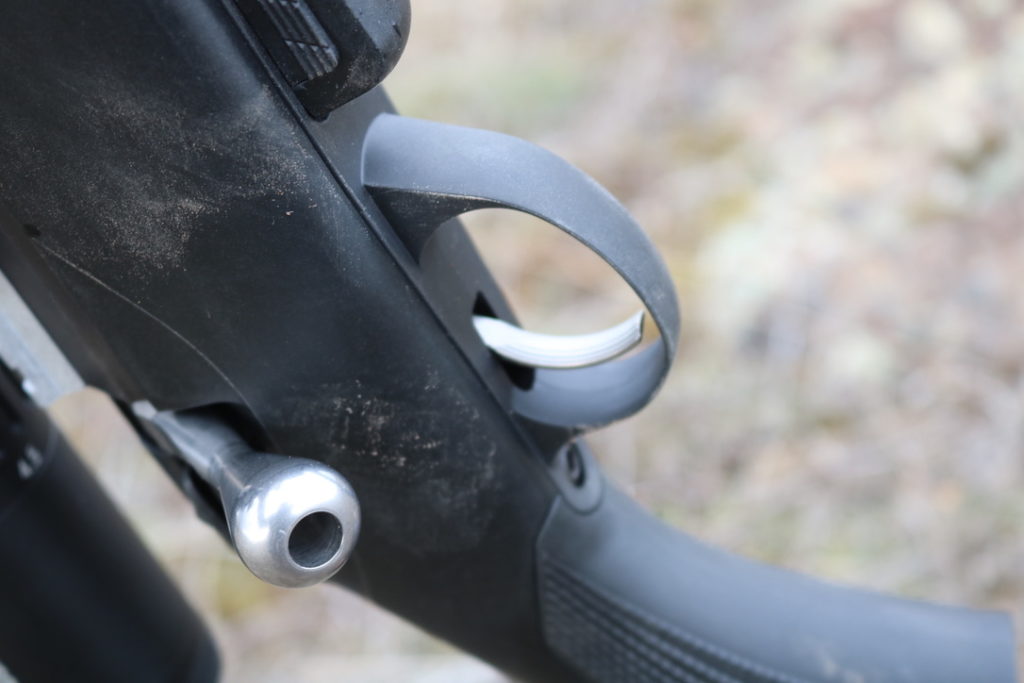 It features a nonadjustable trigger.

First, the trigger isn’t adjustable. A lot of rimfire triggers aren’t adjustable, so why is that an issue? To me, because I expect so much from Tikka. The trigger in the T3 TAC A1 is still my gold standard, I remain mystified such a thing exists. So we know Tikka can do it, they just chose not to. The T1X trigger isn’t bad, it just isn’t amazing. Mine broke at 3.5 pounds, very clean. That is nothing to turn your nose up at. But considering my T3 is currently set at one pound, and cheaper rimfires have adjustable triggers, I expect more.

Second is the scope mounting system. Tikka chose to go with a proprietary ring mounting system, courtesy of their big brother Sako. I have no issue with how the rings work, and they are available in all the needed sizes. But in this day and age, how could you not just put a Picatinny rail on top and be done with it? Fortunately, that one has a solution.

Our friends over at 782 Gun Works have been hard at work, developing a Picatinny rail for the T1X. As a well-reputed developer of aftermarket rails, they got a sample T1X not long before us. And by the time I called, they already had a prototype up an running. You will actually notice in the pictures and video of the T1X, the rail I am using is raw aluminum. 782 did me a solid and sent me one before they even had an anodized finished product. And hats off to them. The rail has 20 MOA built into it, to maximize the reach of the scope. Fit and finish are remarkable, even in the uncoated version. The anodized models are in stock now, and I highly recommend one if you get your own T1X.

Bonus round, for those of you interested enough you read this far. The T1X has one other feature that sets it apart from other rimfires. Tikka intentionally built it to have the same footprint as the T3 centerfire rifle. Which means, at least in theory, the plethora of stocks available for a T3 is also available for the T1. However, there is one caveat. Because the magazine fits differently in the T1 than the T3, that doesn’t always work. I reached out to Kinetic Research Group today to find out if I could slap the T1 into one of their excellent chassis systems. The answer is no. But, as Tikka fans, they have one on the way. The KRG Bravo, for the T1X, will be available by May. 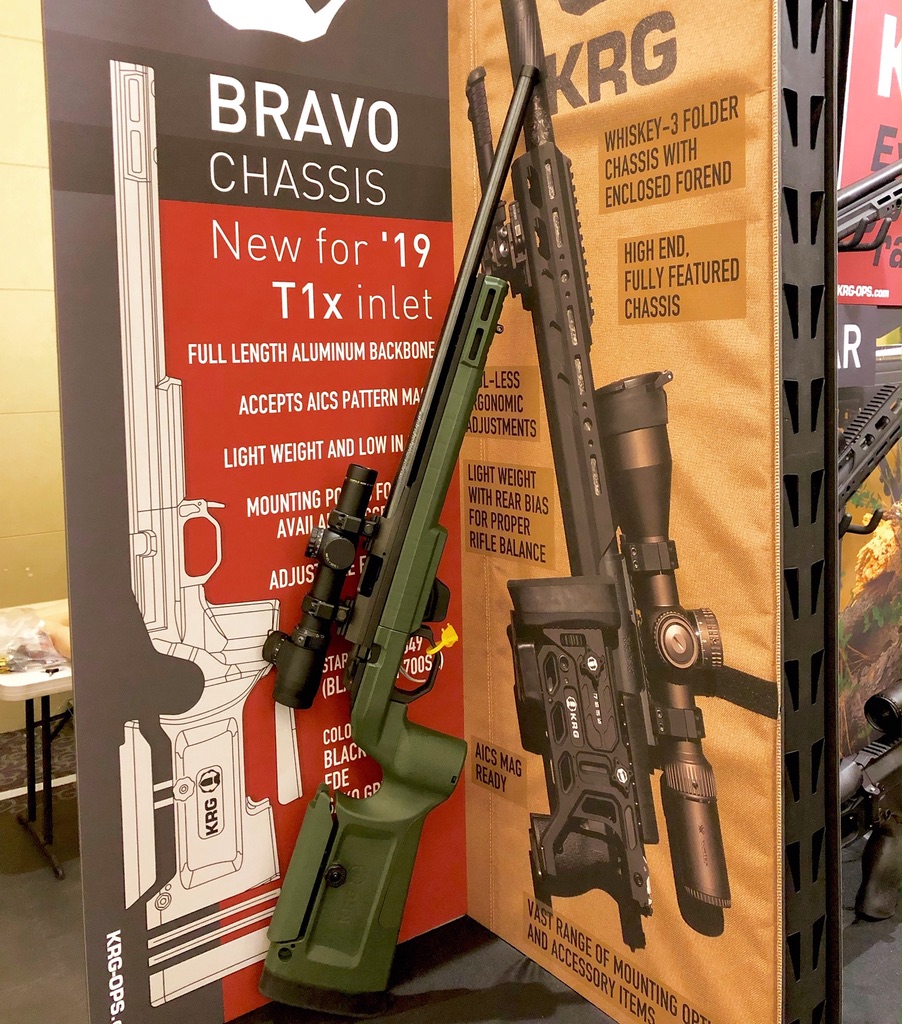 Learn more about the Tikka T1X by clicking HERE

Next post: When the King of England Tried to Kill an American President, Kind of…

Previous post: Shotgun Stock Fitting – Get it to Hit Where You Look