Woman with CCW Shoots, Kills 17-Year-Old Trying to Rob Her 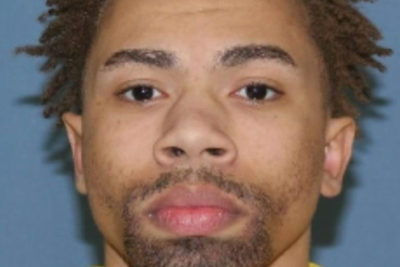 Lashawn Gates gave his 17-year-old girlfriend a gun and told her to rob his intended victim. (Photo: Wisconsin Department of Corrections)

A Milwaukee woman carrying a concealed handgun shot and killed a 17-year-old girl who had tried to rob her at the request of the girl’s 26-year-old boyfriend. The boyfriend, who had previously been convicted of soliciting a child for prostitution, has been charged with felony murder.

Lashawn E. Gates gave a .40 caliber handgun to his girlfriend and told her to rob a woman of a laptop computer and an Apple watch, local media reports.

Gates had contacted the intended victim and arranged the fake purchase on the website “letgo.com.” He told the woman that he would have his girlfriend make the purchase, so the victim would feel more comfortable.

The pair targeted the wrong woman. When the girlfriend entered the woman’s vehicle, pulled the gun Gates gave her, and announced a robbery, the woman fought back. The women struggled over the gun until the girlfriend exited the vehicle while shooting at the victim.

The woman, who held a valid concealed carry permit, retrieved her own firearm and shot the girl multiple times, according to a complaint obtained by local media. The girl died, but Milwaukee police have said the shooting was an act of self-defense.

This isn’t the first time Gates has attempted to rob unsuspecting people in this fashion. On January 17 of this year, Gates and another man robbed someone of an Xbox Battlefield V video game system by setting up a bogus sale on “letgo.com.”

Gates was also convicted of a 2013 robbery he arranged through Craigslist as well as an additional robbery in 2012.

According to Trust Pilot, Gates isn’t alone in his preferred selling app. A review of “letgo.com” from five days ago reports, “Worst selling app ever. Full of scammers who waste your time and try to steal your goods by offering fraudulent cashiers checks.”

Another review from six days ago says, “I’ve had a few people that said that they wanted to purchase my merchandise but never came through. They will message you and rope you into a conversation just to go ghost. I recommend CAUTION when using this app because there’s some sketchy things that people will try to pull as well.”

For those hoping to stay safe during online meet-ups, Craigslist offers some advice:

If this incident is any indication, carrying a means of self-defense should also be added to this list.

Gates was in custody Monday in the state’s Milwaukee Secure Detention Facility.

Previous post: Missouri Bill Requires All Residents to Own an AR-15