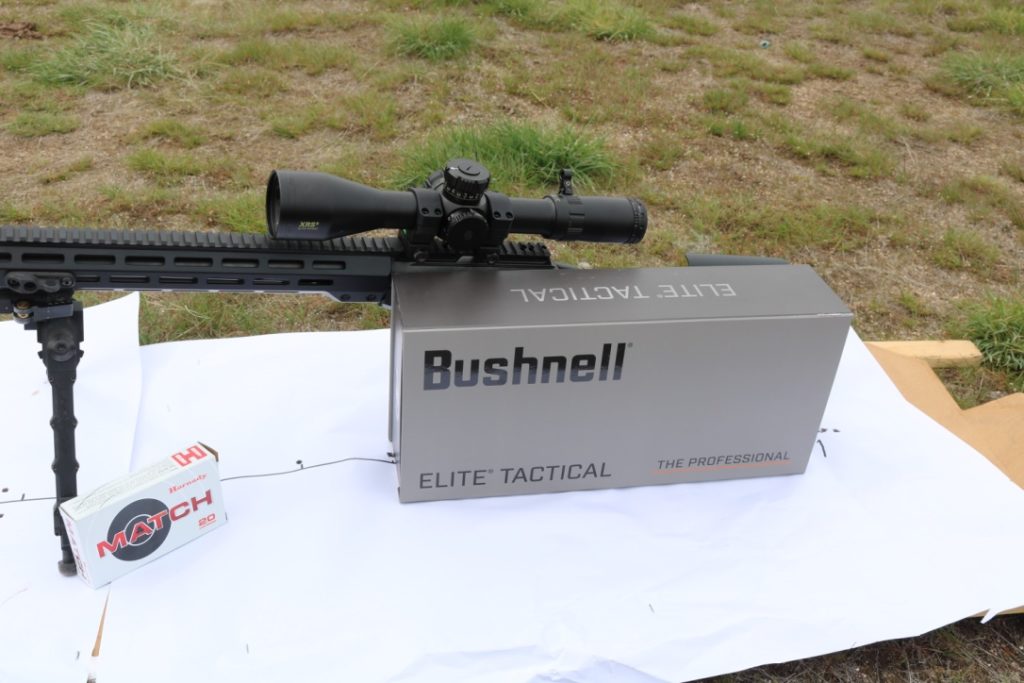 We introduced the XRS II from Bushnell back in March, and finally now in August I am prepared to give an in-depth review. As the flagship of the Bushnell Elite Tactical line, my expectations are high. In fact, I feel morally obligated to beat up my Bushnells more than any other brand in reviews. As a scope I have often recommended, I have to ensure I’m not letting my personal feelings get in the way of objectivity. And happily, the XRS II delivered in a manner I have grown to expect. 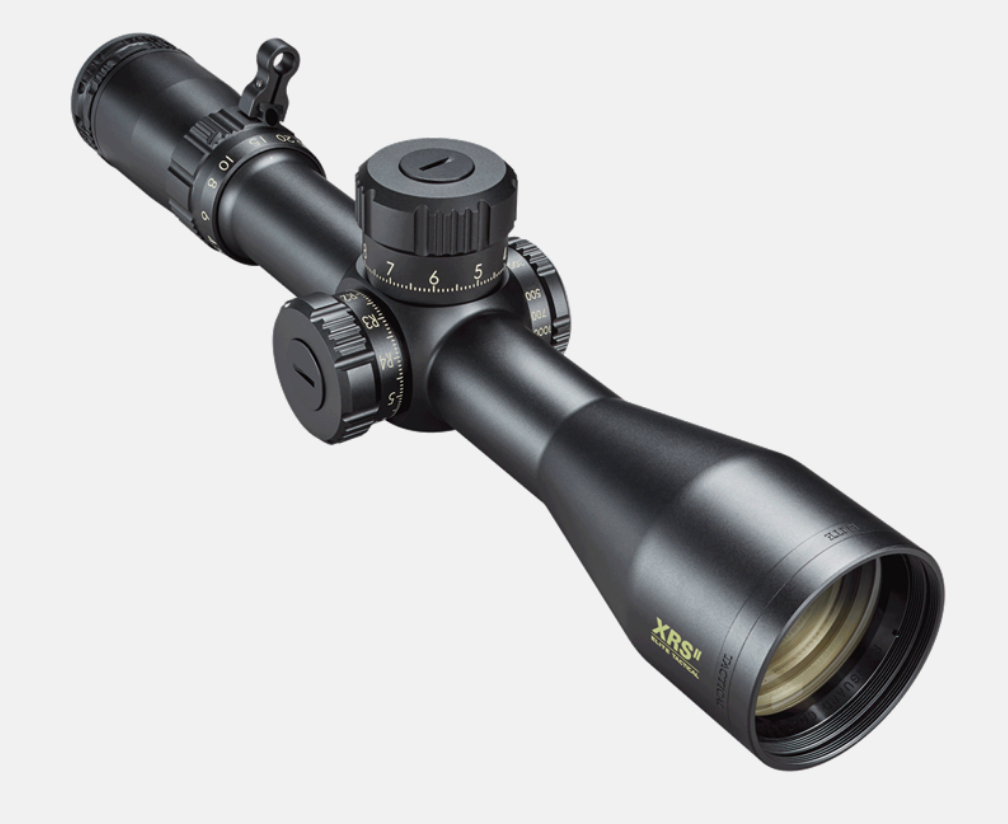 The first test for any scope billed as long-range capable is a tracking test. That may or may not be something you are familiar with, because we haven’t known we needed to do it that long. Not that many years ago, we largely lacked the bullets and guns that were accurate enough for it to matter anyway.

As ballistics and metallurgy have progressed, however, things have changed. A decade ago a 1000 yard shot was still considered a long way. Now it is a chip shot, barely worth talking about with a 6.5 Creedmore. As our ranges pushed further and further, we collectively started questioning other links in the firing chain. And it turns out that a lot of older scopes we liked were actually not up to snuff.

A fair bit of this also has to do with the introduction of ballistic computers. If we can put a rover on Mars, we can calculate the flight path of a chunk of lead and copper in a given atmosphere. In the day when a databook was king, we didn’t question our scopes. It was a given that guns shot differently, and voodoo and black magic, so your data for 700 yards might be different than my data for 700 yards. Computers changed the game. A bullet, of a given shape and weight, at the same twist and muzzle velocity, flies the same path. It doesn’t care if it came from your serial numbered rifle or mine. So if in the real-world we start to have deviations, something else is wrong. 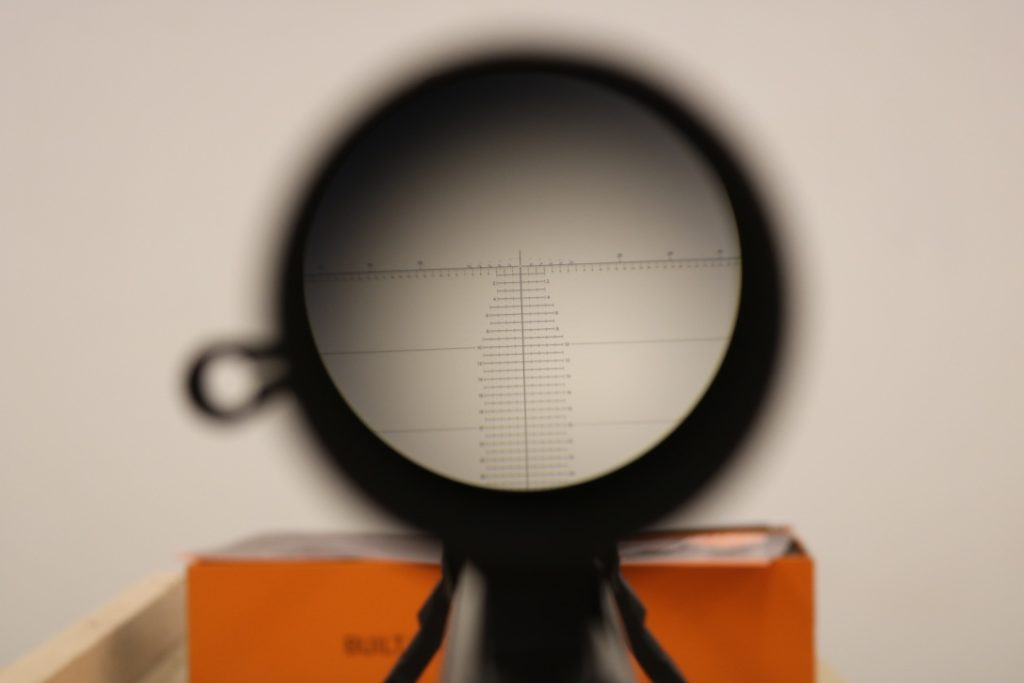 Scope tracking is the number one reason people don’t trust ballistic solvers. If you are using a very good program, like Applied Ballistics, and you input your data right, the computer is never wrong. At least not inside of the supersonic flight window. Over and over again people have told me the computer is wrong, and without fail something else is to blame. They never checked tracking and now the mystery is solved.

So where does tracking matter? Well, it actually depends on how bad the error is. If you always shoot inside of 800 yards, does a .1 mil tracking error really matter? No. But a .5 error does and I have seen that. And if you are shooting way out there at a mile and further, every little bit adds up. At the very least, knowing where or if an error exists will help you to mitigate it.

With the XRS II, tracking was extremely important. It has a 30x top end magnification, along with a monstrous 33 mils of internal travel. Bushnell is playing for all the marbles with this one.

With a tracking test, some people will use just a visual test. That is, line up the crosshairs on the target with the scope in a vise. Starting at the bottom, they click up by full mils, and the crosshair should stop on each mil line of the calibrated target. It probably works the same, but I have always liked to do a shooting test. To me, it is a more complete verification that the scope does what it looks like it does. This is not an easy thing to do since most people don’t have mountains for backstops. Fortunately, I have those in spades, so I live fire mine.

And the XRS II passed with flying colors. I had one little shenanigan at the 9 mil mark, which another shot proved to be human error. 20 perfect shots in a row is a tall order, and I pulled one. Other than that, I was blown away. This Bushnell tracks like a much more expensive scope, matching the top end Night Force I tested last year. At about half the price. Then it returns to zero like a dog fetching a ball. A good dog, not one of my savages.

So tracking completed, how is everything else? Wins across the board it turns out. The controls are solid, with a locking windage knob. As stated, the 33 mils of elevation travel is absolutely bananas. For reasons I can’t imagine, they decided to go ahead and match that with 33 mils of windage travel. These boys are serious. 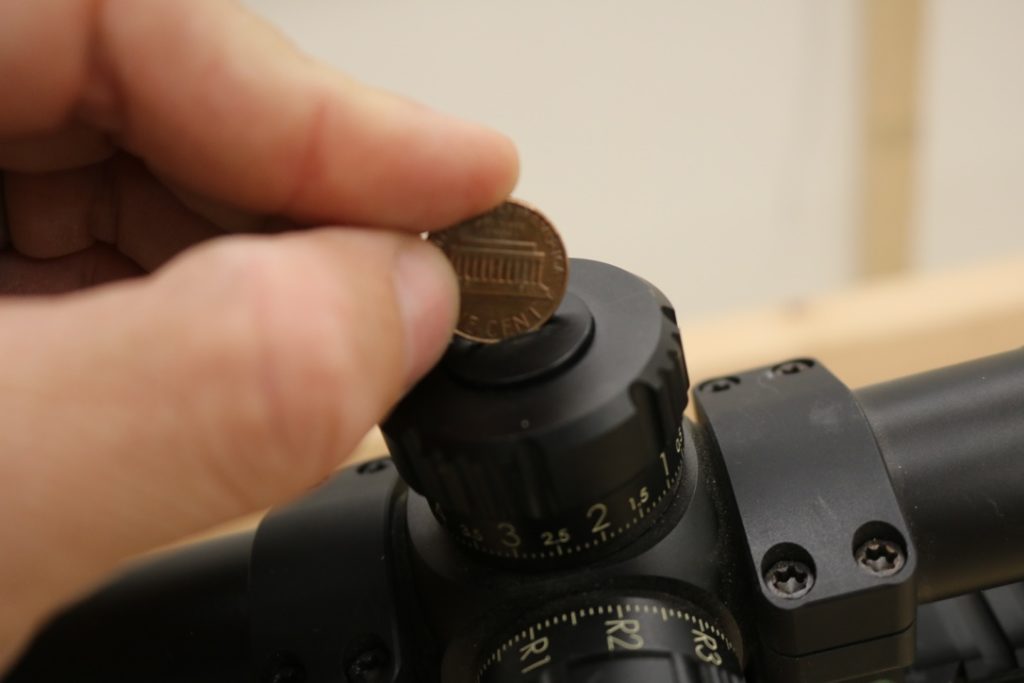 The zero stop, named the RevLimiter ™, is one of the easiest I have encountered to set. Back in the Army, with our scopes, setting the zero was one of the biggest pains in the business. It was often a 2-man, 4-hand affair to hold all the widgets in place while tightening screws, etc., followed by checking the zero again to find you were off by .2 mils. In short, it sucked. The RevLimiter ™ is simple and easy, and I had no trouble setting it myself. In big, bold directions when you open the box is a “STOP READ THIS” sheet. It is something you need to read, but the process is child’s play. The set screws and mechanical devices seem robust and sturdy, which is also a nice change. 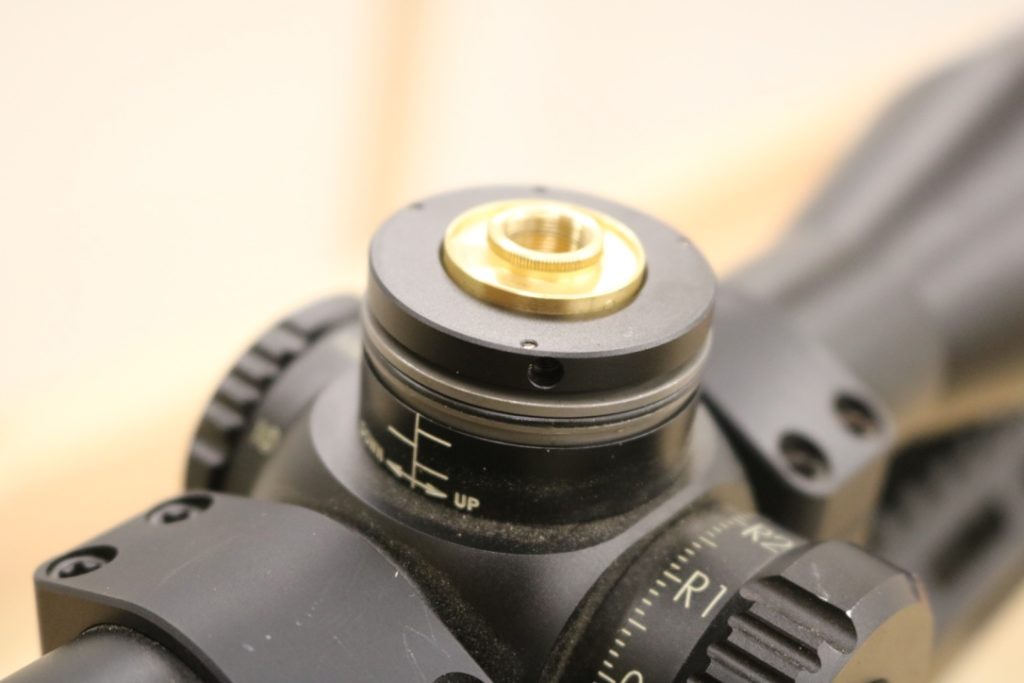 The parallax is well thought out in this scope, and it packs plenty of adjustments. After setting the focus properly, I was able to adjust for any range, including close up 50-meter shooting. This is a very nice feature. Often in scopes of this price range, it is impossible to get a clear picture at even 100 meters for zeroing. The XRS II excelled here. 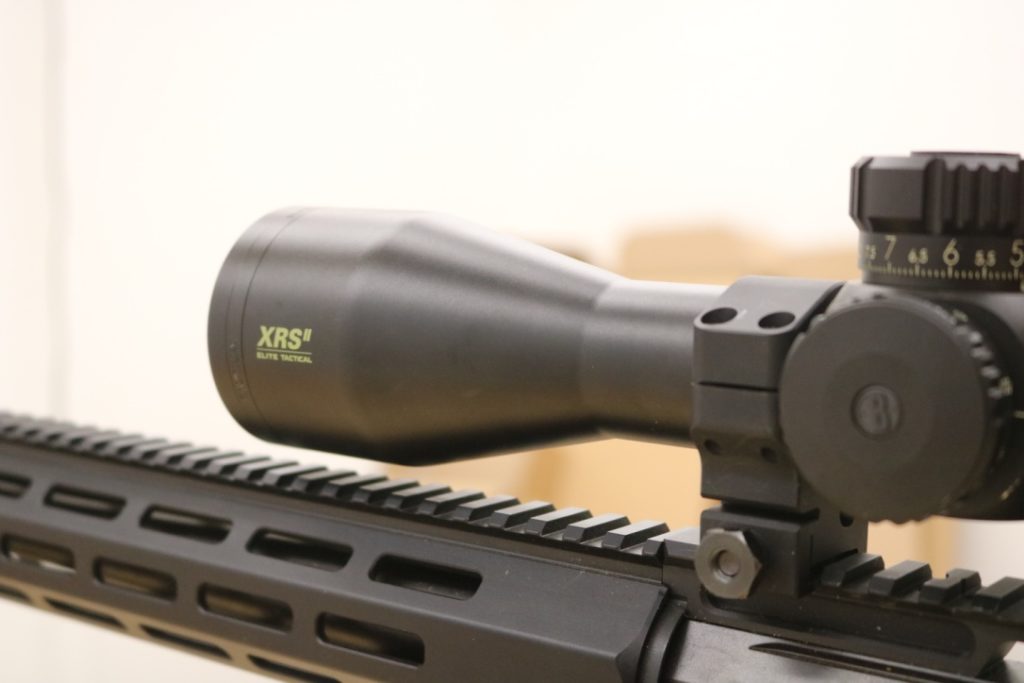 Clarity is kind of the last metric to judge with a scope, and also the most arbitrary. It has also been a very smoke-filled summer in Idaho, our native natural disaster being forest fires. What I am saying here is that I don’t have the tools to judge the clarity on a scientific basis; I can only give my opinion. I do have mutant level 20/10 vision, even on a bad day, so my opinion may also be different than yours. In clarity, I felt like the Bushnell did well for its price. Most of the glass is very good, but you would notice a difference here if something like a NightForce was side by side with it. There was a tiny bit of fuzz at the very edges of the glass, but nothing I would complain about. Unless you go to the $4,000 price range of scopes, you aren’t going to beat it.

All in all, this is an excellent buy. If you want to play serious long-range ball, the XRS II will get the job done. Combined with a well-deserved reputation for durability, this would be my choice in the $2,000-$3,000 scope arena.

***Shop GunsAmerica for your next tactical scope***

Next post: Big Horn Armory Model 89: A John Wayne Gun for the Modern Gunslinger In 500 S&W