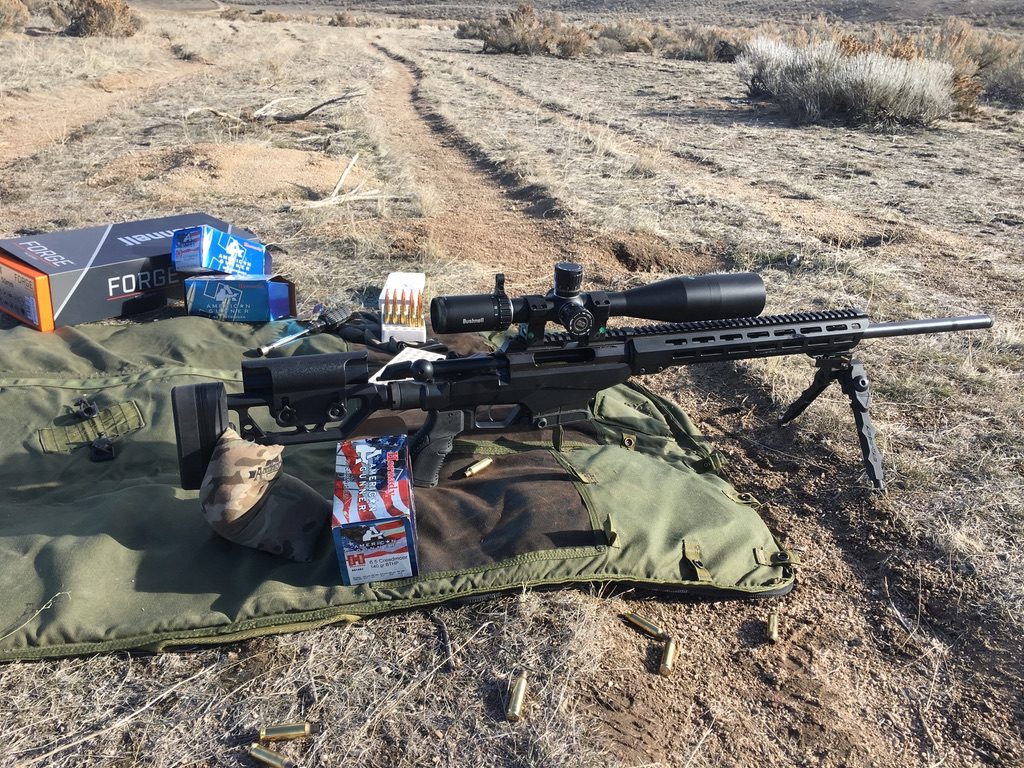 Bushnell has been at the forefront of rifle scopes for many years now, largely after a successful move into the tactical market. Considering the name Bushnell had a decade in the past, that was no small feat. I laughed the first time it was suggested that my Counter Terrorism force try the then-new HDMR. But I wasn’t laughing at the end of the training day. Bushnell did the impossible, they transitioned from a cheap hunting scope to a world-class sniper option. 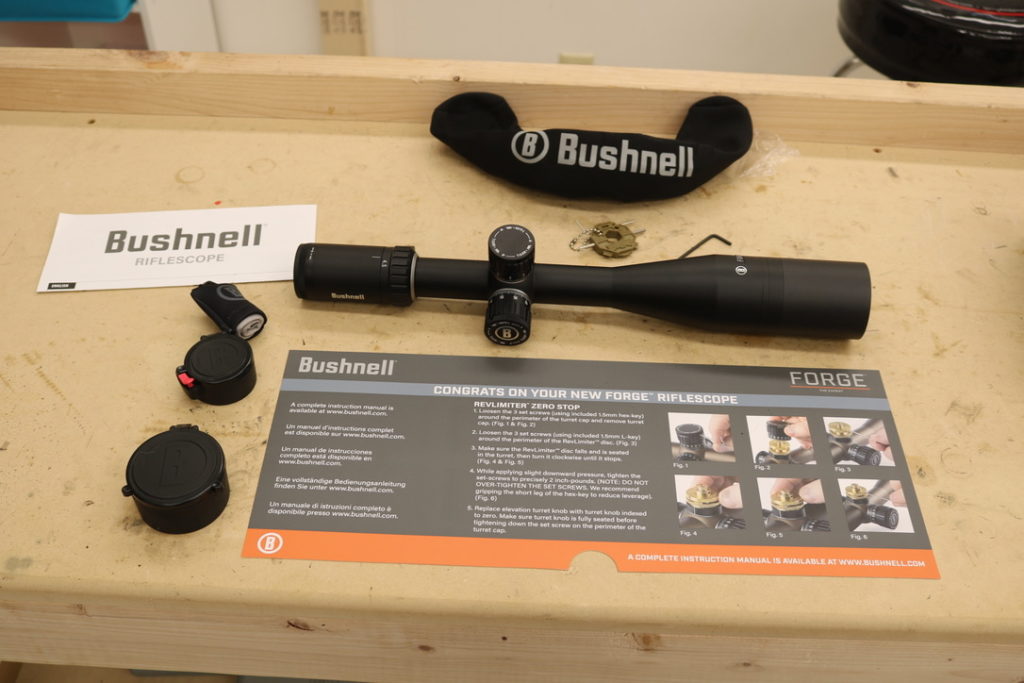 A complete package, everything you need but rings.

A lot of that transition was premised on durability, which cannot be overstated. The original Bushnell Tactical Elite line might give up some clarity against its German competitors, but it surpassed them in toughness. And for a military sniper, durability wins that coin toss every time. But it also had to do with Bushnell’s willingness to use a “Christmas Tree” style reticle, patented and licensed by Horus Vision at the time. Just last year, the critical patent finally expired. I have been waiting ever since to see who would be the first to exploit the gap in the market. January 1st, 2018, you could not find a single scope with a good “Christmas Tree” style reticle for less than $2000. January 1st, 2019, you can now have one for less than $1000. Bushnell has once again stepped up to the plate and cranked one out of the park. 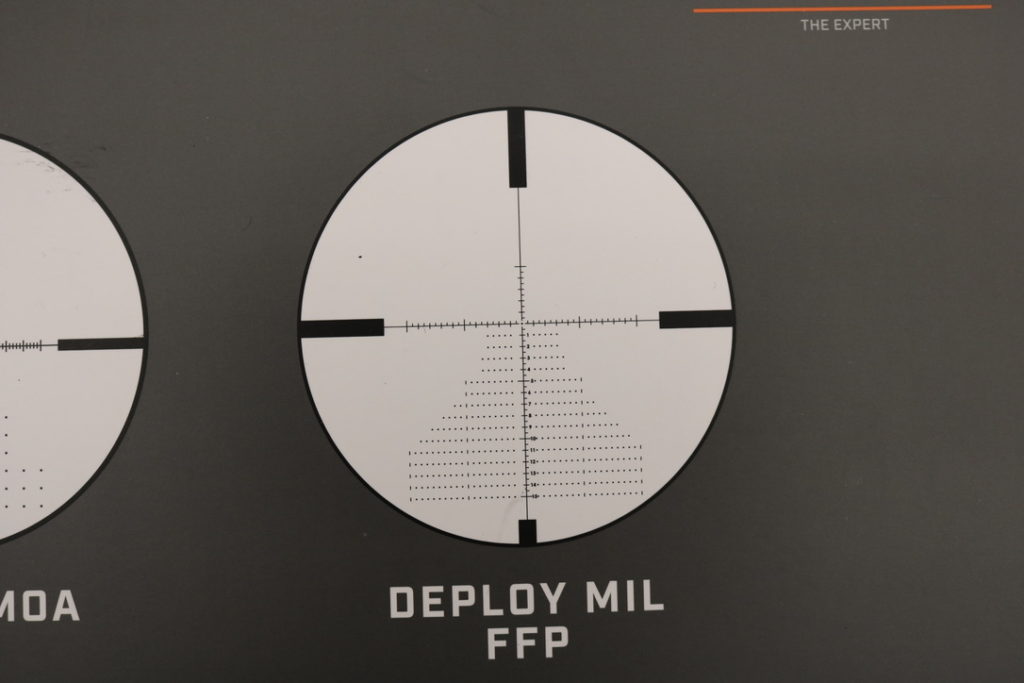 Bushnell has recently re-organized their optics line with the goal of having an in-class winner across the spectrum of buyers. As mentioned above, the highest grade is Elite Tactical, which we have reviewed at length earlier this year. New is the Forge line, a mid-priced category with high-end features. Bushnell bills it as the Expert grade and I would be hard-pressed to disagree. The 4.5-27 x 50mm model was in for testing this week and I found a value that is going to be hard to beat.

First, the reticle. As I mentioned, a holdover reticle is huge. That is the greatest change to rifle shooting I have seen in my lifetime. Once you learn how to use one, you will never want anything else. The way the “ Christmas Tree” works is very simple. You zero at the normal center crosshair. Using the subtensions etched below the center, you use precision holds for elevation and windage for everything else. Once you have a good zero, you never have to touch the dials again as long as you still have reticle to work with. The reticle extends to about 15 mils normally, meaning you can shoot from 100 yards to over 1000 with holds. 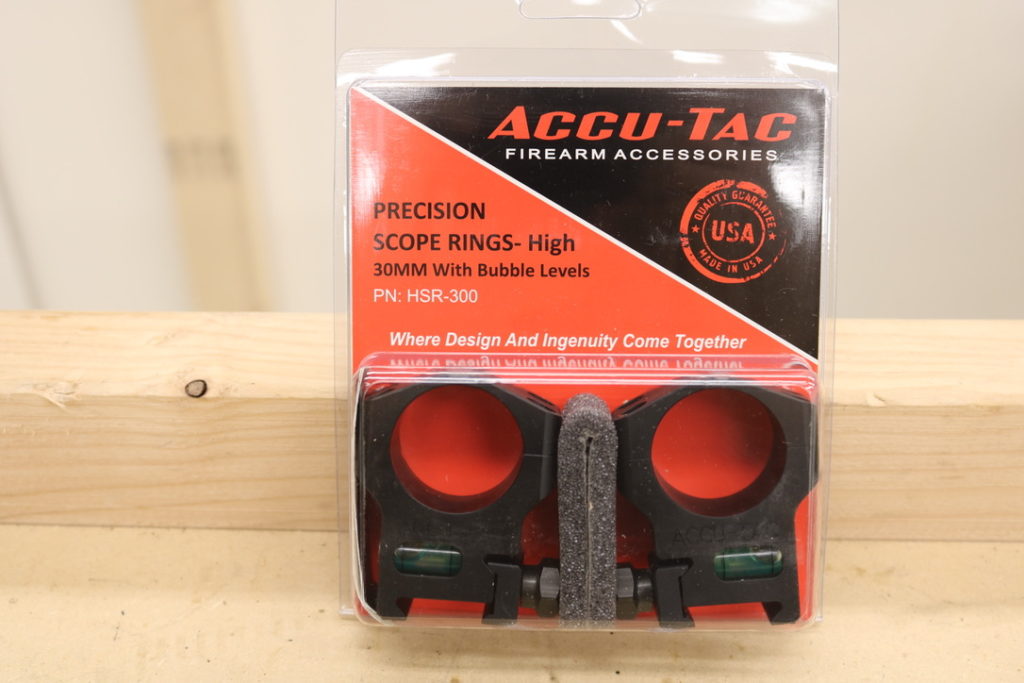 Not only is this fast for engaging at multiple ranges, but it also cannot be beaten for follow up shots. Despite what you might think from Tom Berenger movies or Bob Lee Swagger mythos, snipers do miss on occasion. Shocking I know, but even for the best trained, wind plays hell with bullets. With the grid style reticle, your first shot might miss, but your second won’t. After learning to spot your own impacts, the grid gives you an instant correction if you miss in most environments. Faster than a spotter can open his mouth, you have an instant new firing solution that will hit. 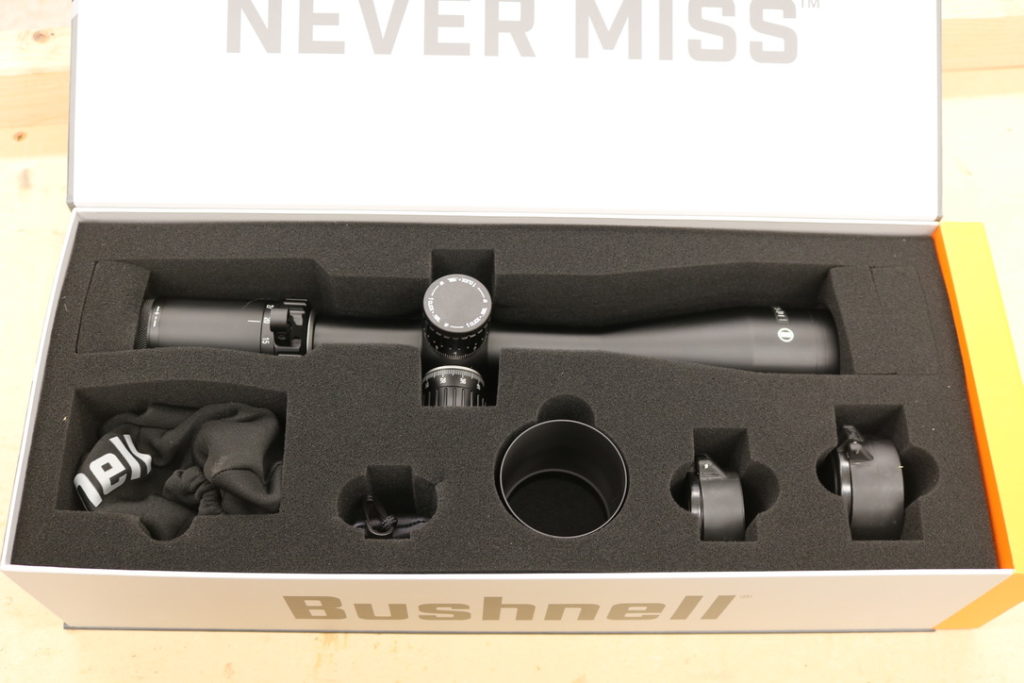 Nice packaging; sure to get your scope to you safe and sound.

For the Forge, Bushnell built a new grid or Christmas Tree reticle called the Deploy Mil, in the front focal plane scopes at least. (This style of reticle would be silly in a second focal plane scope since your measurements would only be true at max power.) While the reticle lacks some of the refinement of a true Horus such as the H-59 or Tremor 3, it is completely adequate for most shooters. The main crosshair has mil and half mil markings, good enough for range estimation. Extending down the vertical stadia line, the Deploy has 15 mils of depth, once again marked at mil and half mil graduations. Off the side at every full mil line are dots, set at mil and half mil points. One to four mils have three mils of windage, extending out to a full ten mils of windage at fifteen of holdover. 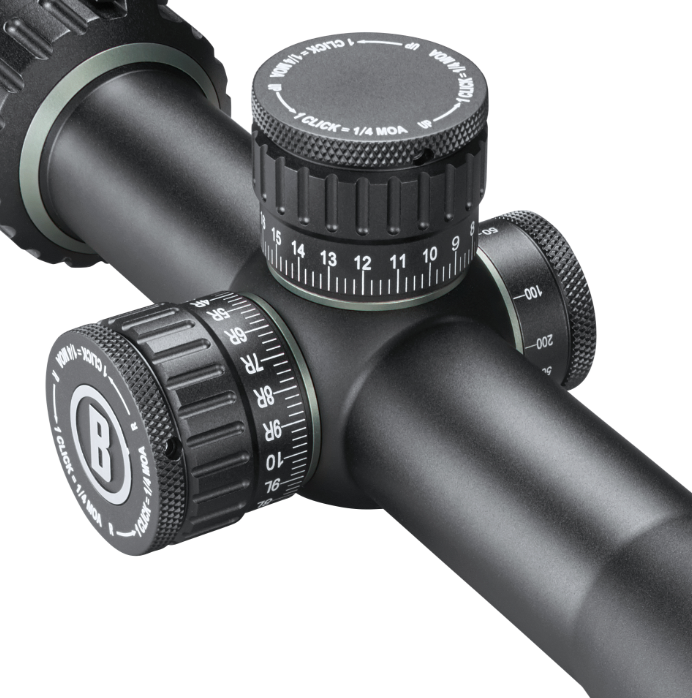 Is it perfect? No. The H-59 reticle has markings every .2 mils, making measurement and corrections that much more precise. But the Deploy mil does carry some weight. The reticle is a bit more clean, considering the larger gaps between etchings. For most shooting situations, half mil is good enough for corrections. When I started running a bolt gun, we only had full mil markings. A few years later, half mil was considered cutting edge. Plenty of bad guys have been put in the ground with just mil or half mil scopes, so they are nothing to be taken lightly. And finally, as an entry level grid style reticle, this one is perfect. If you have been wanting to try a hold over scope, but not willing to plunk down the $2k + for an HDMR, this one is excellent. Let’s call it a gateway drug to professional grade scopes. 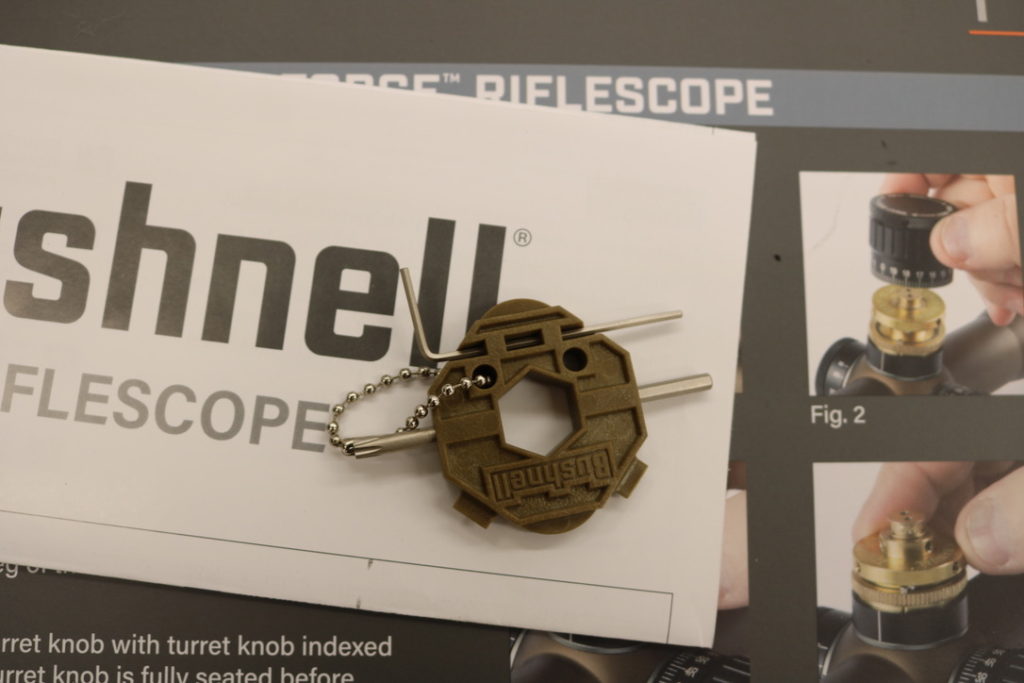 Now that I have blabbered on about the reticle for most of my allotted space, we need to turn our attention to other nice to have features. Windage and elevation are both locking turrets and adjustable in 1/10th mil increments. That is basically unheard of at this price and critical for extended range shooting. A sloppy zero will hold together at medium range. Past 1000, best of luck. The 1/10th mil is as good as it gets in the current year, at any price range. The clarity is hard to judge without lab equipment, but by the naked eye, I can’t find any fault. The parallax adjustment and focus ring work fine, with plenty of range. A quick throw lever is built into the power ring, and is also detachable should you prefer to remove it. The Rev Limiter Zero stop is the same as used in the flagship Bushnell XRS. 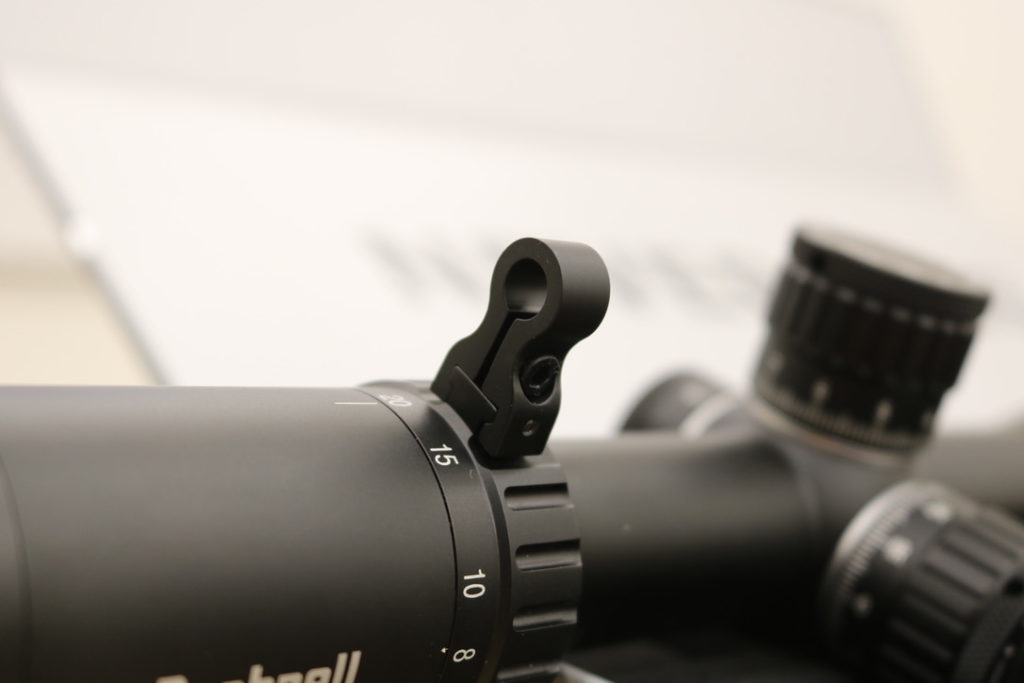 Most important, this scope tracks true. All the way to the top of its range, the Forge shot within the margin of error for the gun, bullet, and shooter. While that actually matters less in a hold over reticle, it is still nice to have. If you do push past the 15 mils built into the reticle, you can crank on another ten without concern. 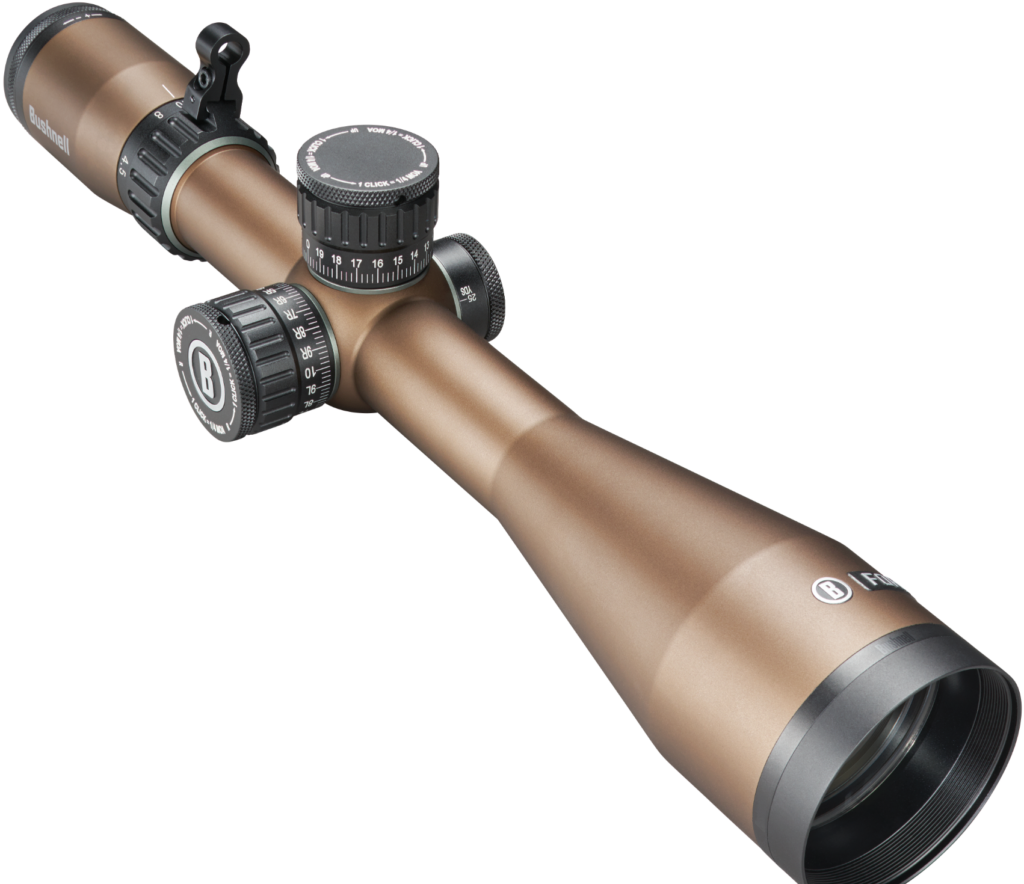 As a mid-priced scope, I don’t think I have seen one that compares. At an MSRP of $1139, and a real world price of under $950, you are going to be hard pressed to match it. If you have been waiting to try a holdover reticle, this is the one. The Bushnell Forge 4.5-27 is a fantastic value for the dollar.

Next post: New From Timney Triggers: The Elite Hunter for Remington 700 Rifles