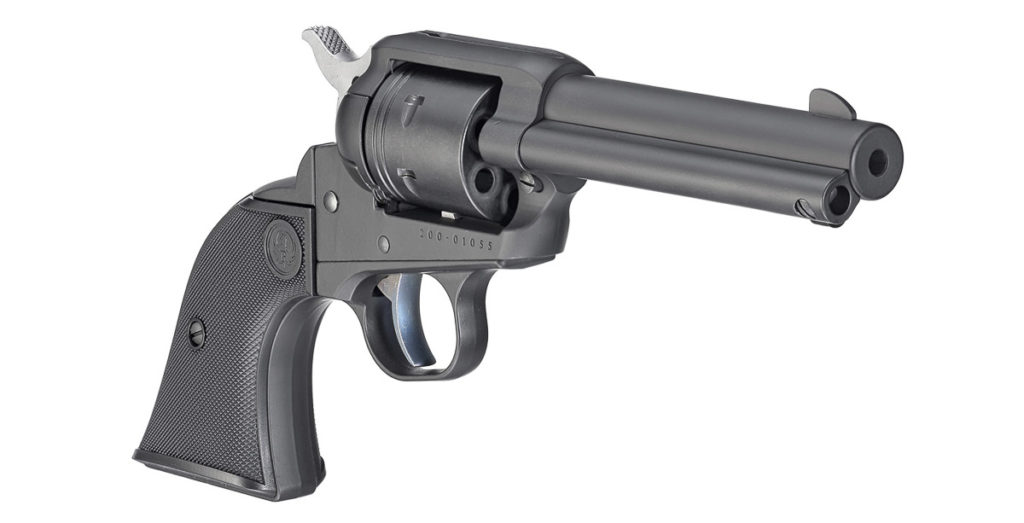 Ruger’s new Wrangler builds on the legacy of the Single-Six. But with Cerakote.

Many American kids had fun playing with cowboy-style toy guns, and for many of those kids, the Ruger Single-Six was the first handgun they ever used and it was a dream come true. Ruger has now built on the legacy of the Single-Six to introduce the Wrangler, a modern single action revolver with timeless appeal. 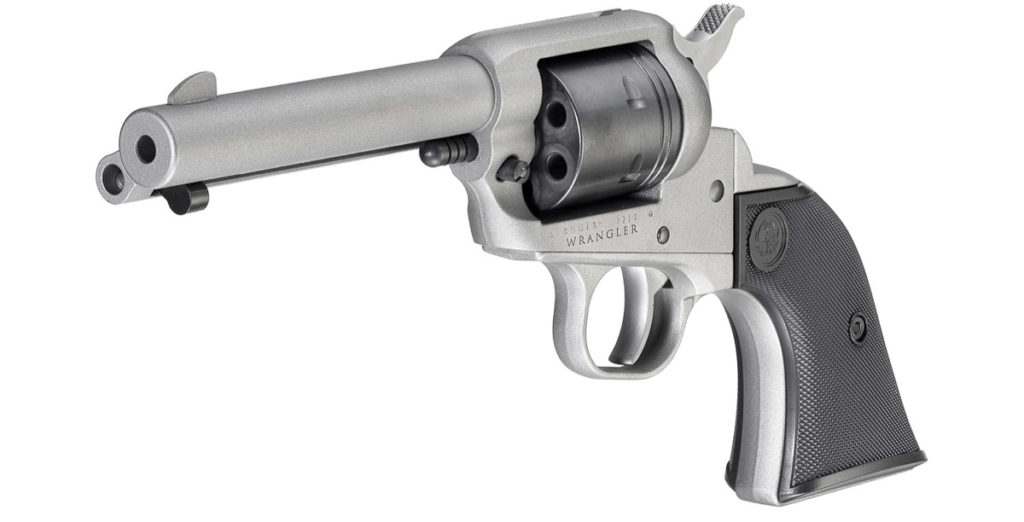 The Wrangler sports a machined aluminum frame and steel cylinder and barrel.

The Single-Six was introduced in 1953, and it utilized the latest technology to reduce production costs and increase reliability. The new Wrangler does the same, sporting CNC machining and aluminum alloys. It’s still a single action revolver. You still load and the cylinder one round at a time. You still empty the cylinder using the plunger under the barrel, one round at a time. You still have a stupid grin on your face the whole time. 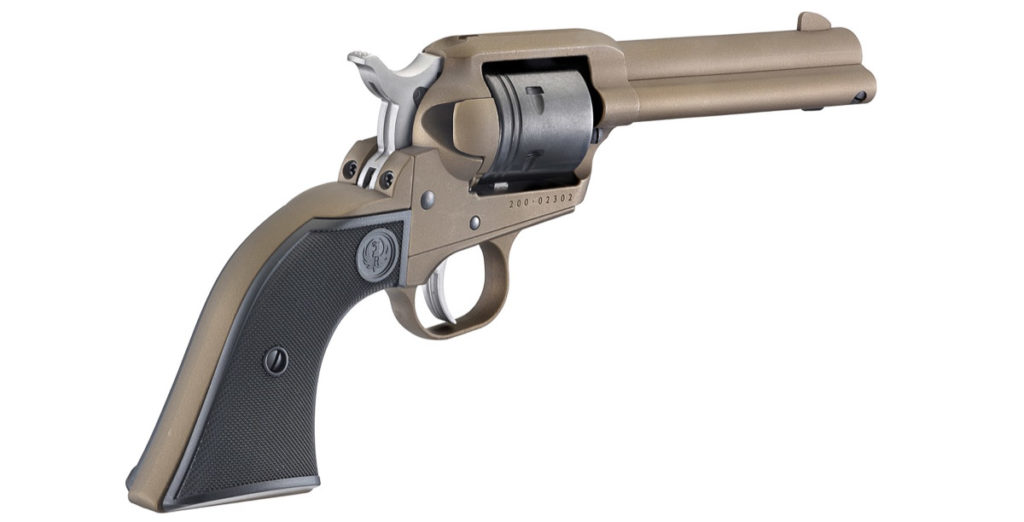 Wrangler comes in black, silver, or burnt bronze Cerakote on the aluminum frame, and the bronze is growing on me. The grips are interchangeable with Single-Six grips.

But now it’s got an aluminum frame that comes in three Cerakote colors with synthetic grips. You can, however, use the classic Single-Six grips on the Wrangler so there are loads of custom grips already out there. You can also use any holsters made for the 4 5/8″ barrels. 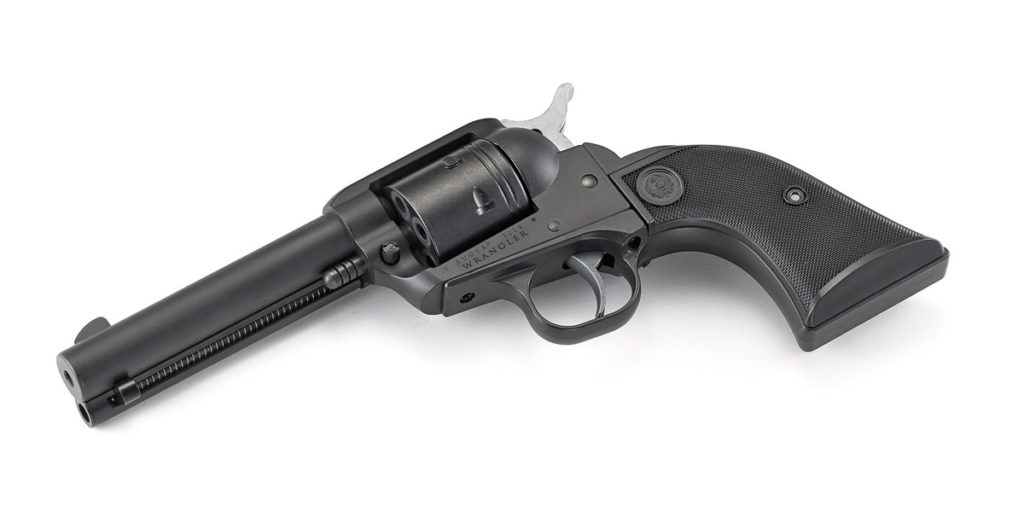 The Single-Six and now the Wrangler are very much small bore copies of the classic Colt single action revolvers.

Initially, the Wrangler is only offered in .22 long rifle. It’s got fixed sights and a transfer bar to safely block the hammer from the loads (incidentally, if you have a pre-1973 Single-Six without a transfer bar, the rumor is that Ruger will upgrade it to have the transfer bar free of charge).

The Wrangler is a great introductory wheel gun for kids and newcomers to the shooting sports, and with a low, low price, $249 MSRP, there’s a good chance it will become the next generation’s first handgun. 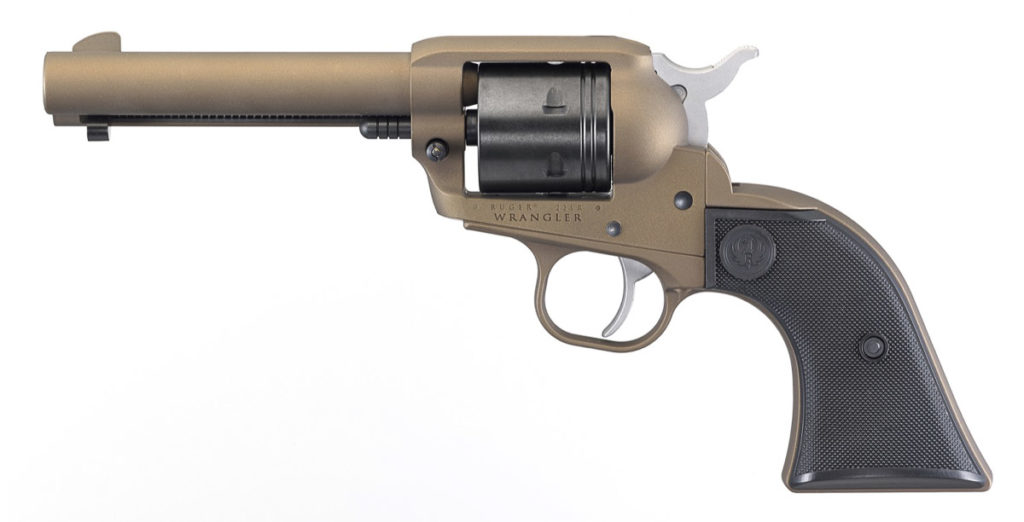