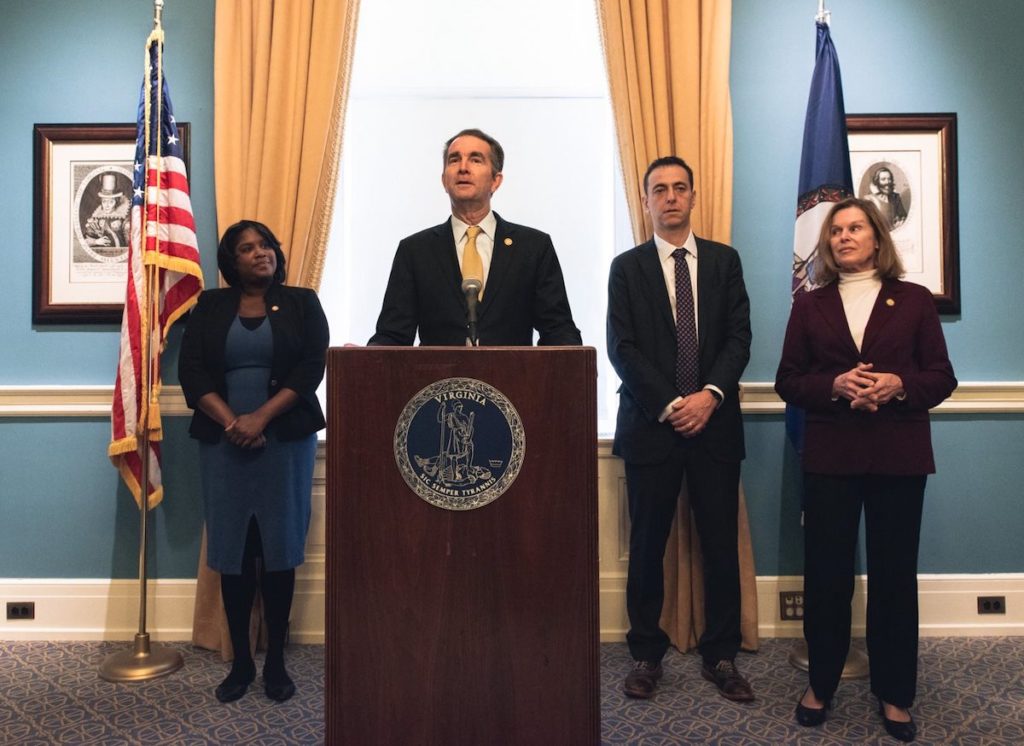 Virginia Gov. Ralph Northam would like to ban “assault firearms,” which are to be defined under the new proposal as any firearm “equipped with a magazine that holds more than 10 rounds of ammunition.” (Photo: Northam/Facebook)

Gov. Ralph Northam (D) of Virginia has announced his support last week for what he calls a “comprehensive package” of gun safety legislation. Among the proposals (see full list below), limiting the number of firearms that can be purchased to one per month, and prohibiting the sale, purchase, possession, and transport of any firearm with a magazine that holds more than ten rounds of ammunition.

“We lose too many Virginians each year to senseless gun violence, and it is time we take meaningful steps to protect the health and safety of our citizens,” said Northam in a press release obtained by GunsAmerica. “I look forward to opening a dialogue with the General Assembly on this legislative package of reasonable gun violence reforms, which appropriately balances Second Amendment Rights with public safety.”

Gun rights advocates are concerned. Most of the firearms owned by the residents of Virginia would become illegal under the proposed legislation since they are equipped with a magazine that holds more than ten rounds. There is no grandfather provision for allowing current gun owners to keep their firearms. So presumably, if the proposed legislation were to become law, current gun owners would have to surrender their firearms or else face prosecution.

“The legislative proposals being discussed would put most firearms beyond the reach of law-abiding Virginians who choose the firearms of their choice to protect themselves, hunt, and practice recreational target shooting,” Lawrence G. Keane, the NSSF’s general counsel told The Washington Free Beacon. “That could potentially impact the availability of tens of millions of firearms.”

Gov. Northam’s Plan to Combat Gun Violence and Improve Safety in the Commonwealth

In a recent statement on Twitter, Kirk Cox, the Republican speaker of Virginia’s House of Delegates said, “The @vahousegop will steadfastly fight to defend the Second Amendment rights of law abiding citizens from far-left gun control proposals this session.” In addition to the Republican leadership, the National Rifle Association and Virginia Citizens Defense League stated that they would fight the proposed gun ban and gun confiscation legislation.

The type of legislation proposed by Gov. Northam has proven ineffective in the past for controlling gun violence. For example, the 1994 Assault Weapons Ban, which imposed a ten-year ban on certain so-called “assault weapons,” ultimately showed no appreciable reduction in crime.

Guns don’t commit crimes. People commit crimes. Passing laws that limit law-abiding citizens from possessing the firearms they choose for their own protection does nothing but tip the scales in favor of criminals because criminals will not follow gun-control laws. Politicians need to spend less time trying to keep firearms out of the hands of law-abiding citizens and more time passing laws to punish those individuals who choose to commit crimes with firearms.

Next post: Brazilian President Green Lights Gun Ownership So Citizens May ‘Have Peace Inside Their Homes’

Previous post: Jamie Foxx, The Killers Speak on ‘Gun Violence’ and It’s about What You’d Expect