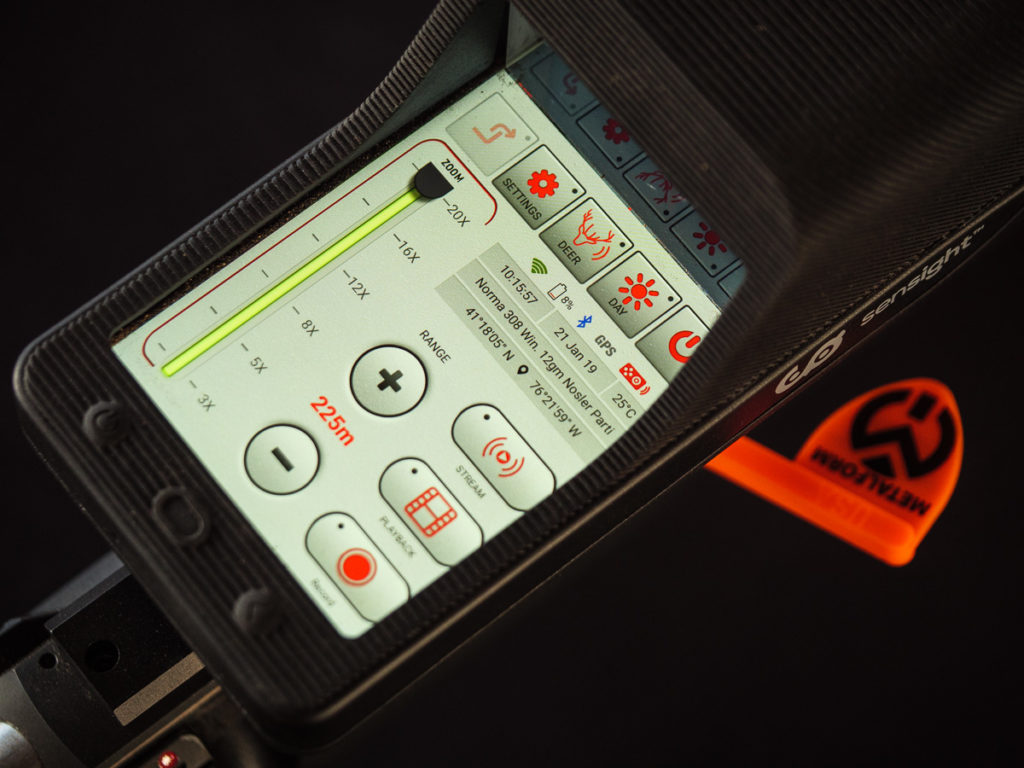 Sensight’s intuitive touch screen makes it easy to dial DOPE, zoom in, connect to your phone, and a bunch of other stuff.

In an age of carbon-fiber rifle barrels and high-tech polycarbonate stocks, it’s about time technology was applied to the rifle’s scope. The Sensight digital scope applies technology to the scope to make it more powerful, faster, and easier to use–and it does it well.

The Sensight is a fully digital scope that automatically applies DOPE and shows you the reticle over the target without needing input from you besides the distance. You just input the distance on the touch screen, line up the reticle on your target and press the trigger.

I used it briefly, and it was intuitive and simple to use. It was a little like playing a video game, and a little like using a digital camera. The results, however, were flawless. Whether for steel or live game, this scope makes it easier to destroy your target. 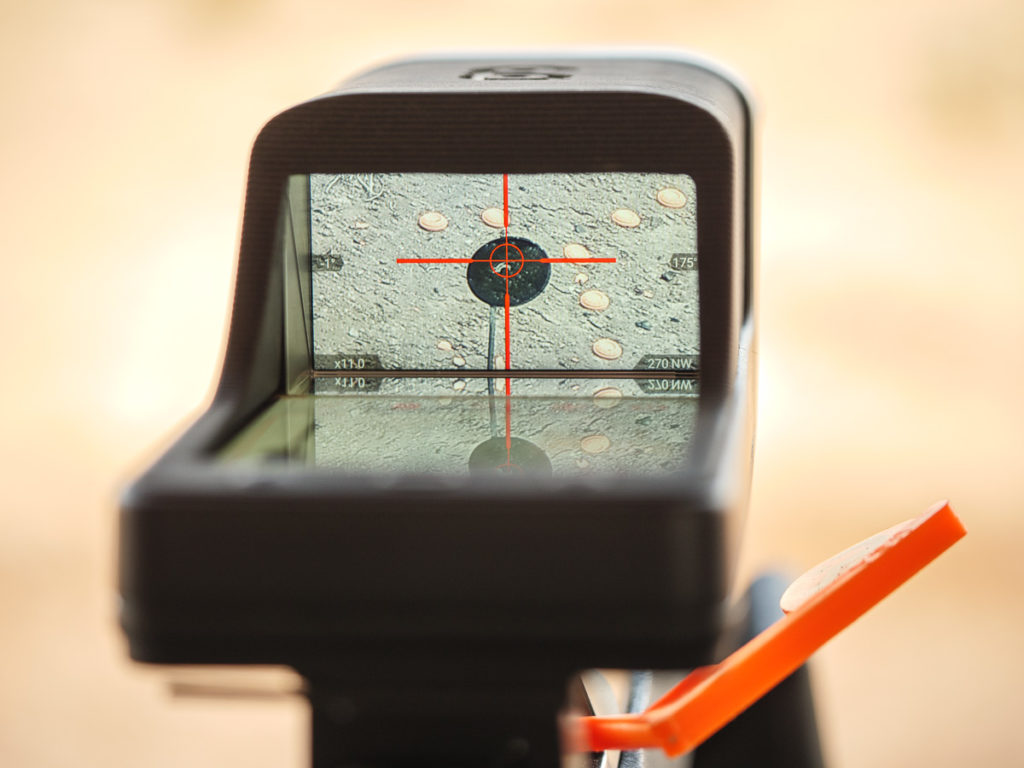 Sensight’s view screen allows you to shoot with both eyes open and makes it easier to keep the sight picture after you press the trigger.

There are two cameras and sensors facing forward out of the Sensight. One camera is for daylight, and one is for lowlight and can be used at night with additional infrared illumination. The cameras interface with the body, which uses the Android OS. The cameras tilt and zoom internally–up to 20x zoom is built in. You can increase the zoom on the touch screen, or using a remote control button you can strap onto your stock so that you don’t have to move your hands to adjust the zoom. Before you go hunting, you’ll enter your ballistic data and it will move the reticle according to distance. 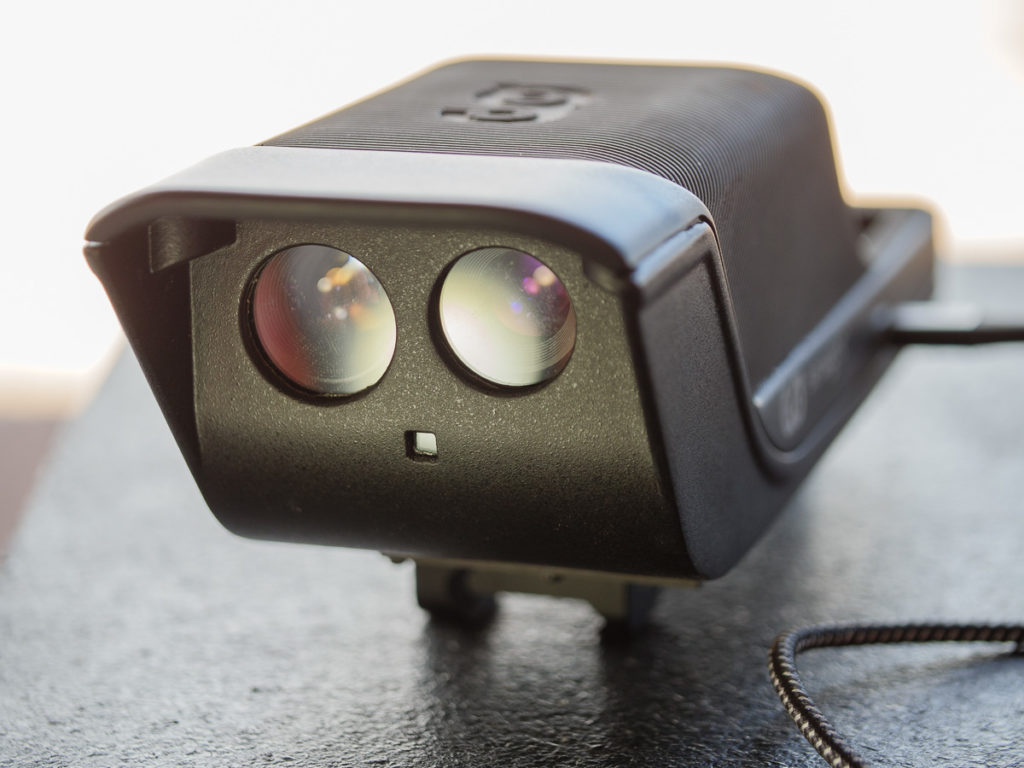 Two cameras and a sensor allow Sensight to see the world and dial your DOPE. One camera is for daylight and the other is for low light (something like ten minutes longer than you can see with an optical scope after sunset) and it works in the dark if you use an additional IR light.

Now, all that is really cool, but it does more. You can connect to the Sensight app on your phone (iOS and Android) and see and control the whole thing from your device. Yeah, you can even view the field outside your blind without moving around. You can also record your shots with its 32GB internal memory.

Coyotes beware: it can connect to certain range finder models and adjust distance automatically based on the range finder data (future models will have a built-in range finder, but you don’t need to wait; this tool is ready to use now). 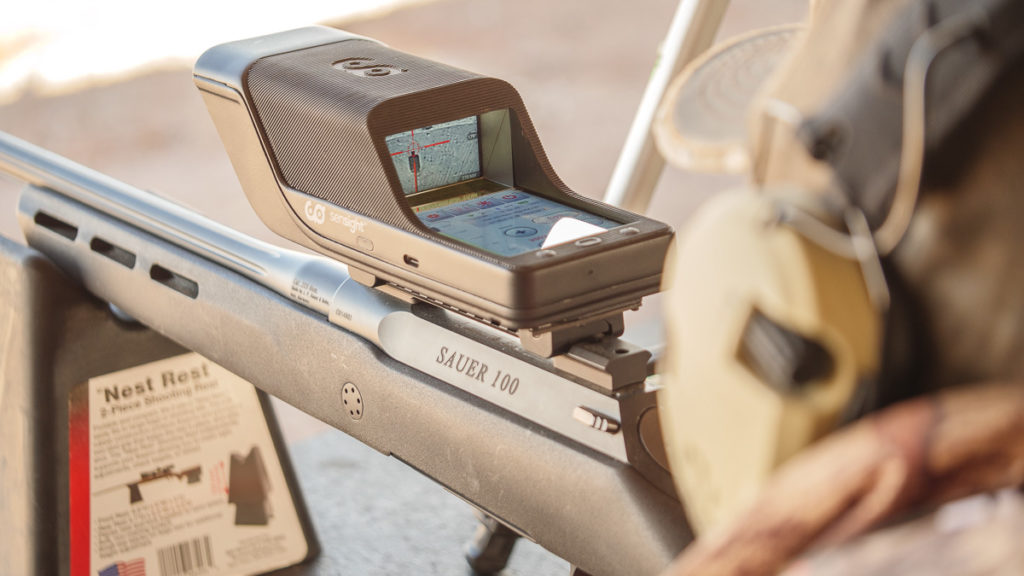 It’s wider than most optical sites, but shorter, and it’s 1.2 lbs is similar to other quality optical scopes.

Because it’s a digital screen, you can shoot with both eyes open, and there is no eye-relief distance. Its battery lasts about eight hours and it charges via USB-C, and you can use it while it’s charging so if you bring a USB battery there’s no downtime. It mounts to Picatinny and Weaver rails. It weighs just 1.2 pounds, including mounts, so it’s similar to other scopes. 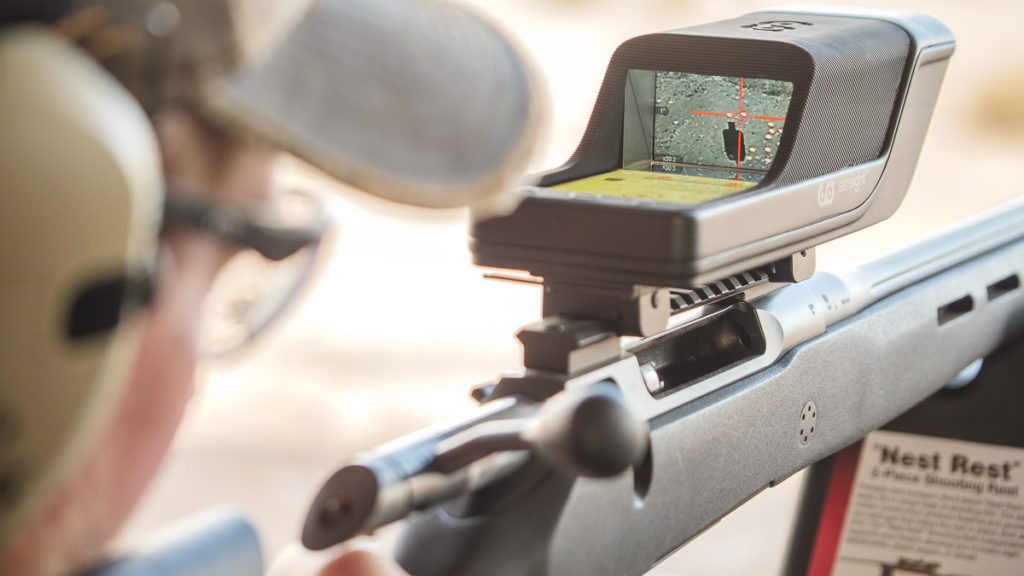 Sensight seeks to marry the accuracy and dependability of optical scopes with the ease of use and bioptic view of red dot sights.

Is this a serious tool?

I sat down at the bench and immediately hit targets at 350 yards. It’s intuitive to operate. Because I could use both eyes to view the field it was much easier to not lose the sight picture with each shot which made felt recoil seem reduced. It’s been tested on calibers up to .338 Lapua and it keeps zero.

The catch?  It’s not yet on the market (later this year), but the full MSRP will be under $1,200. It’s made in Israel and it’s being distributed in the U.S. by people who know what they’re doing. This tool not only makes it easier to shoot, but it also makes it easier to be a shooter and hunter. This is worth your consideration. Visit the Sensight website to learn more. 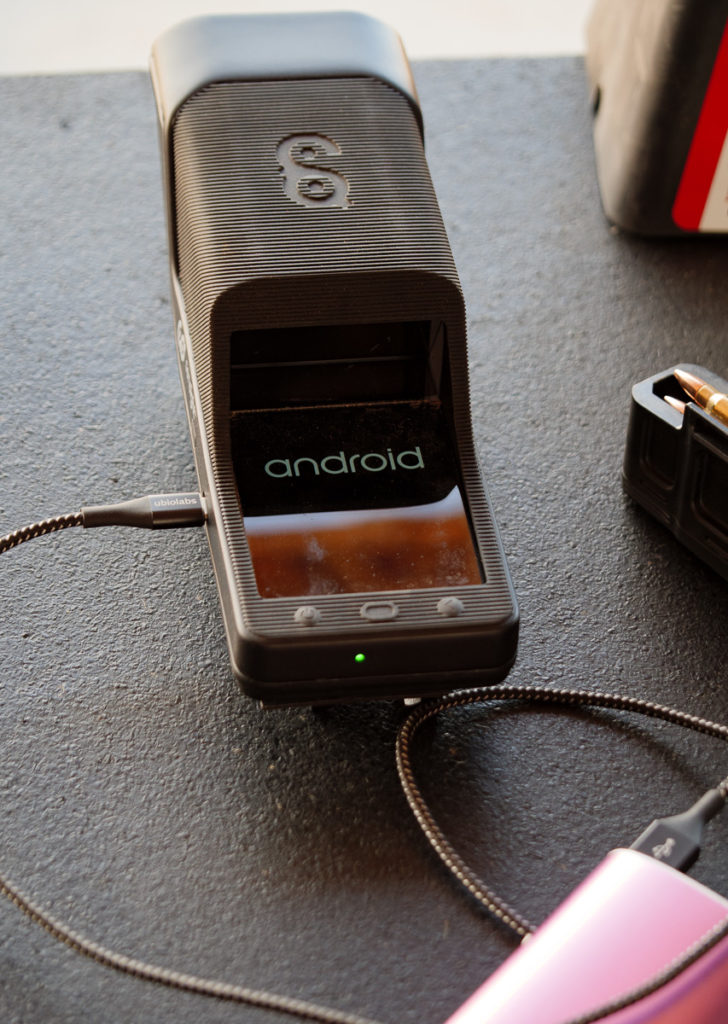 Could this be easier to use? It runs on the dependable Android OS, it charges with a USB-C cord, and the battery lasts about 8 hours and it works while charging so there is zero downtime in the field.